For years, billionaires have donated millions to promote pro-privatization, school choice candidates in political races ranging from local school board, to state houses, to Washington, D.C. An avalanche of political donations from deep-pocketed national advocates for private-management of education—such as entrepreneur Eli Broad, the Walton family (heirs to the Walmart fortune), co-founder of the Gap retail chain Doris Fisher, and other wealthy ideologues—has elected politicians and promoted district leaders who have enacted school choice policies focused on private management. California has perhaps been the state most impacted by this surge of cash, although enrollment growth is slowing, the Golden State has more students attending privately-managed charter schools than any other state. 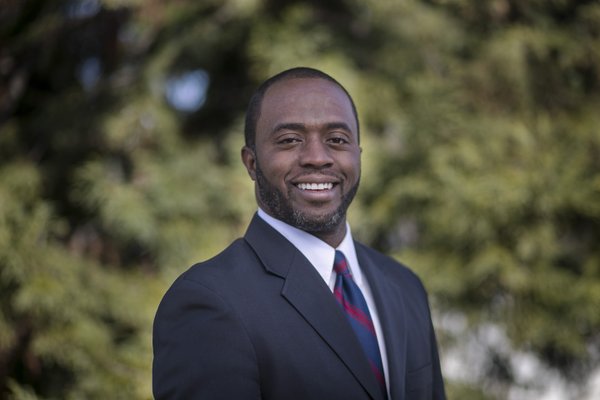 According to a chapter in the forthcoming second edition of the Handbook of Research on School Choice, campaign filings from the City of Oakland and the Alameda County Office of Education show more than a million dollars was spent in the past two school board elections in Oakland California, most of it to promote charter school friendly candidates (full disclosure: I was part of the team that conducted this analysis). In Los Angeles, charter school political support groups spent over $9 million in the 2017 school board elections. Hoping to tip the scales in the 2018 Democratic gubernatorial primary, the billionaires spent $23 million in support of Antonio Villaraigosa. Of these examples, only Villaraigosa failed to win, while school leaders in Oakland and Los Angeles continue to enact school choice policies focused on charter schools.

But the results of the 2018 midterm elections in California show the tide may have turned on the billionaires, and the fortunes of the progressive movement that seeks community-based education reform solutions may be trending upward.

School choice advocates experienced a big loss when they broke spending records and contributed nearly $40 million to Marshall Tuck, a former charter school operator, to try to defeat Assemblyman Tony Thurmond in a race for superintendent of California schools. Thurmond came from behind to win and overcame an election night deficit once all of the votes were counted.

Soon after winning the election, Thurmond called for a temporary ban on any new K-12 charter schools in the state, saying California has reached a “tipping point” with too many charters that have financially harmed public school districts and that California “shouldn’t open new schools without providing the resources for those schools… It is time to have perhaps a pause on the opening of new schools until we get clear about how we will fund any new schools.”

In San Francisco, where charters schools were recently approved by the California Board of Education, even when the local district and county had refused to authorize and rejected the petitions, has had a reemergence of candidates that are critical of privately managed charter schools. Alison Collins was elected to the San Francisco Unified School District school board after receiving more votes than nineteen other candidates. Her message to supporters after her election stated, “With wide support our message of keeping our promises to students and families, and fighting back against privatization and the proliferation of charter schools clearly resonated with voters and organizations across the city.”

The momentum for school privatization may have slowed after the election of Donald Trump and his selection of Betsy DeVos as Secretary of Education made privately managed education reform more partisan.

During her campaign, Collins had warned the community about the billionaire-funded “astroturf” organizations. She argued, “Right-wing billionaires and Silicon Valley technology investors have helped fund advocacy groups like Innovate, a San Jose group that pushes the charter agenda and denigrates public schools. Innovate is paying for Facebook and Twitter ads and hiring ‘community organizers’ to convince parents of color that charter schools are on their side.”

Grassroots efforts sprang up in response. A new petitioncirculating in California, for example, is asking newly elected Governor Gavin Newsom and Superintendent Thurmond, to put resources and support behind the educators and democratically-controlled public schools which continue to teach the overwhelming majority of California’s school children.

The United Teachers Los Angeles announced a rally and march planned for December 15 to protest the “$44 million” spent by the “super rich that are behind the movement to dismantle public education.” The organizers of the upcoming March for Public Education are demanding smaller class sizes, more nurses, psychologists and librarians in schools, and less testing and greater investments in early education, bilingual education and adult education.

But the election news wasn’t all bad for the billionaires and other supporters of privately managed school choice education reform. The Intercept describesCongressman Hakeem Jeffries’ victory in the race for Democratic U.S. House of Representatives caucus chair as a “loss for progressive groups that rallied against him,” and a victory for supporters of school choice and those critical of teachers’ unions. Jeffries is a favorite of the billionaires and Wall Street, both of whom have contributed substantially to his political campaigns.

The momentum for school privatization may have slowed after the election of Donald Trump and his selection of Betsy DeVos as Secretary of Education made privately managed education reform more partisan. Republicans and conservatives claimed, “President-elect Trump is going to be the best thing that ever happened for school choice and the charter school movement.” DeVos then galvanized partisan warfare about around privately managed education reform from her Senate confirmation process onward.

The education “reformers” that have focused on public education privatization are realizing their growing weakness in the public discourse and are grappling with how to chart their political path into 2020. At the fifth annual “Camp Philos” conference, a national gathering for education reform advocates, legendary Democratic political strategist James Carville recommended education reformers chart an alternative course by instead “holding up” teachers and recognizing them as “heroes.” He also cautioned the audience about continuing alliances with conservatives and shoddy school operators “who make money off these children and don’t care about them.” Carville also criticized supporting taxpayer money for religious schools— which has had support from the education reform policy patrons such as Democratic U.S. Senator Cory Booker in the past.

But despite their waning popularity and recent election losses, advocates for school privatization and private management of public education will likely find the lucrative funding from billionaires to be a much stronger allure than the sage advice of an erudite political advisor.