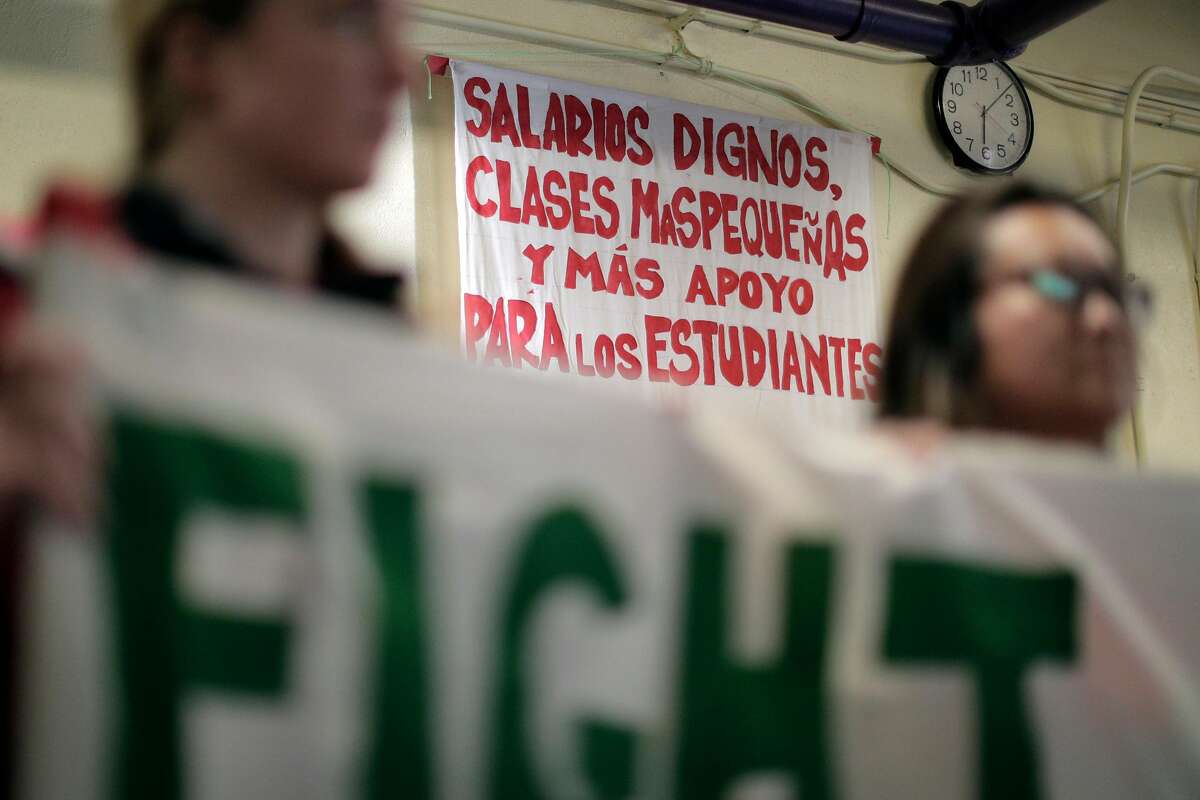 Oakland teachers voted overwhelmingly to authorize a strike, ratcheting up their dispute with administrators of the financially troubled district over wages and class sizes, the union said Monday.

The vote allows union leaders to call a strike after Feb. 15, when a neutral fact-finder is expected to release a report that attempts to bridge the impasse.

Wages remain the main point of contention. The school district has proposed a 5 percent raise over three years. The union has asked for a 12 percent increase over that period. The starting salary for Oakland teachers is $46,500, and the average salary is $63,100, according to state data.

Over four days last week, more than 8 in 10 teachers cast a ballot — the highest turnout in the union’s history — and 95 percent voted in favor of the strike authorization, said Keith Brown, president of the Oakland Education Association, which represents about 3,000 teachers in the district.

“This is a clear message that our members are ready to fight for the schools our students deserve,” Brown said. “This powerful vote is a mandate for smaller class size, more student support, a living wage, and it is a mandate to keep our neighborhood schools open.” 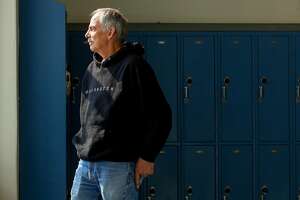 If it happens, the walkout would follow similar labor actions by educators last year in West Virginia, Oklahoma, Kentucky and Colorado and last month’s in Los Angeles. It would be the first in Oakland since 2010, when teachers went on a one-day strike.

Oakland Unified School District Superintendent Kyla Johnson-Trammell said in a letter to families last week that district leaders were trying to reach an agreement to avert a strike.

“On a personal note, as both a former teacher and former principal, I understand the frustration of being asked to do so much with so little,” she wrote. “As a parent of OUSD students, I want all teachers to know how much they are valued and appreciated. As superintendent, I want our teachers to be fairly compensated.”

Oakland teachers have been inching closer to a full-fledged district-wide strike since their contract expired a year and a half ago. Some have already participated in two “wildcat” walkouts, or those not sanctioned by the union. Students at Oakland Technical High School are planning a “sick-out” Friday in a show of support for their teachers.

District leaders are considering an unknown number of school closures and mergers in the coming years to address the budget crunch, saying there are too many school sites for dwindling enrollment figures. The issue is not part of contract bargaining, but union leaders have taken it up as part of their public campaign.

The district has 87 schools for about 37,000 students. Next year, it could face a $60 million shortfall.

The union is fighting for smaller class sizes, but district officials say they have second-highest number of teachers per student among the 56 school districts in the state with more than 20,000 students.

“We hope that this vote is a sign to the Oakland Unified School District that the teachers in Oakland are very serious to make students a priority and make sure that there are true investments in lower class size, increased investments in student support and also a living wage to keep good educators in Oakland,” Brown said.

School district leaders believe they can reach an agreement that will avoid a strike, said John Sasaki, spokesman for the financially embattled district.

“There’s no disputing the fact that we value our teachers — they’re the foundation of everything we do here,” Sasaki said. “The question is, how much of a raise we can give them given our limited resources? We’re going to give them as much as we can to make sure they can survive and thrive in Oakland.”

Sylvia Allegretto, a UC Berkeley labor economist who studies teacher pay, said the issues raised by Oakland educators, such as the district’s constant teacher shortage, are prevalent across the country. It’s becoming increasingly difficult to attract students to the teaching profession, Allegretto said.

“We have to have reasonable and competitive teacher pay if we want to recruit and retain teachers,” she said. “It is only will, and not a shortage of wealth or means, that stands between us and having the best schools in the world.”

She said the successful strikes in conservative states like West Virginia have sparked others to follow suit. The walkouts are part of a pattern of activism around the country: the women-led #MeToo movement and youth-led anti-gun violence protests, Allegretto said.

Mamadou Guisse, a junior at Oakland Tech, said there’s often a two-week wait to see a school counselor. The union has taken up the high student-to-counselor and student-to-nurse ratios as part of its demands.

Nathan Roehl, also a junior at the school, agreed that class sizes are too large and resources too few. The planned sick-out Friday, which will cost the school district state funds because of the absenteeism, is worth it, he said.

“I haven’t seen one student the whole time who’s not in support of the teachers — not one who doesn’t understand why or what they’re doing,” Roehl said. “We’re trying to show our power to the district.”