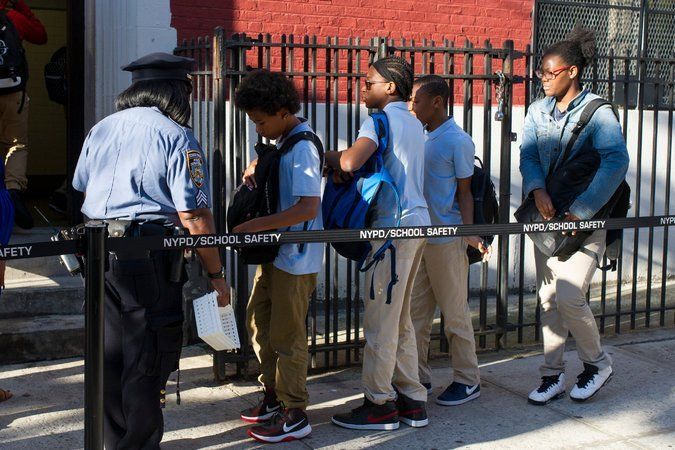 Politicians in Austin have made it clear that education is the centerpiece of this year’s legislative session. However, it’s not all about funding classrooms and paying teachers more. It’s also about keeping them safer than they’ve been.

Shawn Thierry is a state representative from Houston. She’s also a parent with a child in kindergarten. She says she’s tired of hearing about school shootings and about weapons on campus.

“Although Texas children face many challenges at school, getting shot inside the building shouldn’t be one of them. They deserve the same protections adults have at the Capitol, our courthouses and airports. Arguably…they deserve more! @TexasTribune @cassi_pollock

She’s proposed legislation that would change the state’s constitution and add metal detectors to every public school campus in Texas.

“I think we’re living in extreme times,” she told ABC13 Eyewitness News about House Bill 797. “I listened to constituents in my district and they said they want to feel safe.”

Her legislation comes months after Santa Fe installed nine metal detectors on its campuses and Lt. Governor Dan Patrick helped provide them in the wake of the deadly shooting there last spring. Aldine ISD also installed 19 metal detectors on its campuses and found a large drop in the numbers of weapons brought to schools. The effort would cost millions, but Thierry says she’s hoping for state and local partnerships to make it happen.

On Tuesday, Thierry will be on the stage, among the select few legislators with Gov Greg Abbott as he delivers his annual State of the State address. She knows school reform, and school security are among the governor’s priorities this session and hopes her bill is part of a comprehensive package that gets his signature before the session ends.