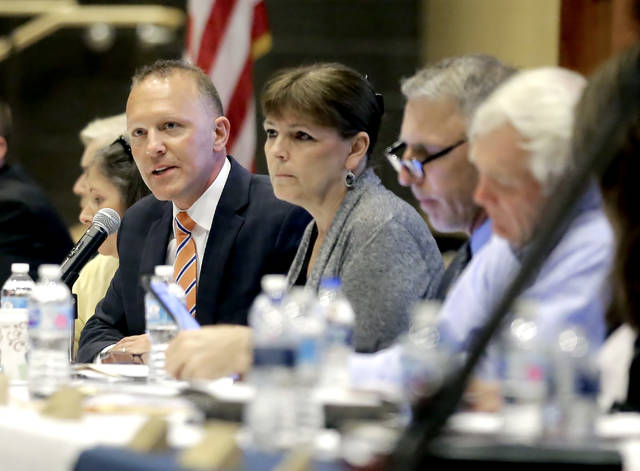 A contentious Dallas School Board meeting Monday night saw board members and the public clashing over the board’s passage of a $38.6 million budget that failed to approve the teachers union’s latest contract offer.

Union members held a demonstration outside prior to the meeting.

Then, when some taxpayers and teachers realized during the meeting that the board voted on the upcoming year’s budget without approving a contract, tempers flared.

“Who here understood the budget did not include a contract,” Sherri Waslick of Dallas said to an auditorium full of taxpayers and teachers. “We ask you to re-open the vote and state why or why not you support it.”

The board held its ground, and the teachers are expected to be walking the picket line today, as previously promised.

The budget, containing a 1.5-percent increase in the district’s mill rate, did pass by a 6-3 vote. A mill represents $1 in tax for every $1,000 in assessed property value.

The public questioned the board’s reasoning, citing concerns ranging from inefficient financial management to why members wouldn’t raise taxes to the 2.9 percent tax index limit in an effort to seal a deal with the Dallas Education Association.

“This was not done without a lot of thought,” Wega said. “If we went higher to 2.9 percent, it would still not satisfy the (union’s) offer presented to us.” 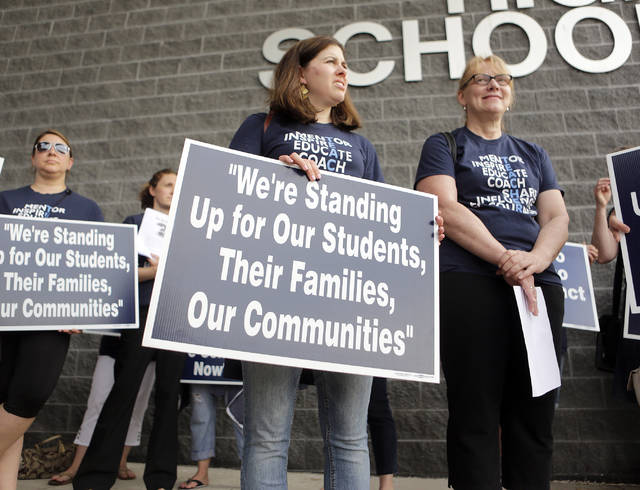 On June 13, the Dallas Education Association emailed Dallas School District Superintendent Thomas Duffy a contract proposal with the stipulation of accepting it as is or teachers would strike today for one day.

On Saturday, the district announced via a news release that the school board refused the offer, which would result in a strike today.

District Business Manager Grant Palfey presented a comparison of the union’s June 13 offer against the district’s May 29 offer, which generated a lot of “boos” from attending teachers and taxpayers.

Under the district’s proposal the current average salary is $62,076 for a Dallas teacher, which remains the same with the union’s offer, Palfey said. 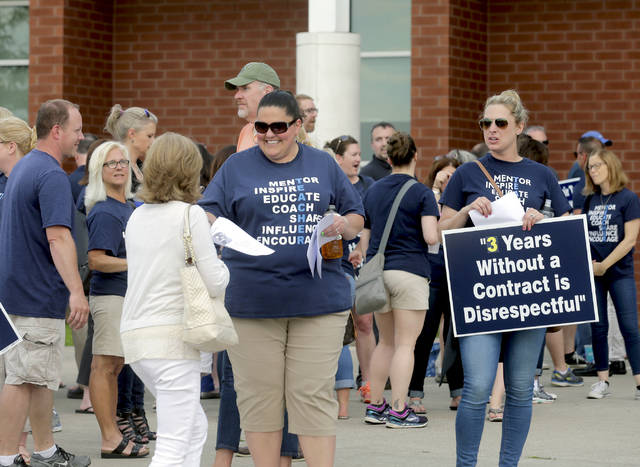 The proposed average salary increase in the district’s offer is two percent, but the union’s proposal calls for a six percent increase, he said.

Health care contributions under the district’s proposal was estimated to be $1,923, but under the union’s offer was $634, Palfey said.