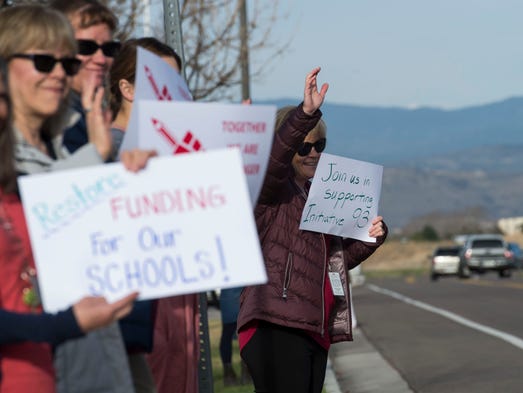 The bill came as Poudre School District and others announced they would cancel class Friday to accommodate large numbers of teachers who called out of work to advocate at the Capitol for more K-12 funding and retirement benefits.

If public school teachers chose not to comply with the injunction, it would constitute as contempt of court. Teachers could then, according to the bill, be punished with fines and/or up to six months in county jail.

The bill would allow school districts to immediately terminate teachers’ employment without a hearing. If a teacher organization was found in contempt, any collective bargaining agreement negotiated by the organization would be rendered null and void.

The bill would also bar districts from paying teachers for any day they participate in a demonstration.

About 50 percent of PSD teachers and more than 1,000 staff members total plan to participate in a demonstration in Denver on Friday to advocate for more K-12 education funding and retirement benefit protections. Most, if not all, of those employees, will be using paid time off for the day.

But with a House controlled by Democrats, the bill is unlikely to pass.

“But it certainly shows where the lines are drawn,” said Tom List, president of Poudre Education Association.