The Alabama Board of Education named Eric Mackey as the new state superintendent of education today. Mackey received five votes out of nine. He will start his new job May 14.

His contract will be negotiated and voted on at the May 10 regular board meeting.

Mackey is well-known to board members, having served as the executive director of the School Superintendents of Alabama since 2011. The SSA advocates on behalf of schools and school superintendents in the legislature and is the professional organization for superintendents and their leadership teams.

Mackey, 48, started as a high school physics teacher in Calhoun County in 1993, rising to superintendent of Jacksonville City Schools where he served for eight years prior to working for SSA.

During his interview, Mackey told board members he hadn’t originally considered applying for the job, but hearing the board discuss at their December meeting the need to hire a superintendent that will stay for four or five years changed his mind.

“If you want somebody for a couple of years, I’m not your person,” Mackey said. “We need some long-term stability, and I want to do it for the long term.”

The board’s last hire, former Massachusetts Education Commissioner Michael Sentance, lasted barely a year before resigning days ahead of an expected board vote to fire him.

Director of Communications Michael Sibley asked each candidate the same nine questions, covering everything from academic standards to how to ensure schools have adequate funding.

Board members made no remarks during interviews and there was no public discussion about any of the candidates. Board members voted by ballot after interviews were finished.

Murphy, the only female finalist, received no votes.

Prior to the vote to accept the ballot totals, Ella Bell lodged her objection to Hunter’s being allowed to vote since a lawsuit where Pouncey is suing Hunter for defamation hasn’t yet gone to trial.

“It is known that Mary Scott [Hunter] and Craig Pouncey are in the midst of a dilemma right now,” she said.

Calling Hunter “prejudiced” against Pouncey, Bell asked how it was possible for Hunter to vote.

Board members did not respond to Bell’s question, instead voting to accept the ballot count and naming Mackey as superintendent.

Board Vice President Stephanie Bell, R-Montgomery, said after the meeting she was pleased with the search process, crediting Ray and Associates with bringing quality candidates forward and thoroughly vetting candidates.

The Alabama Education Association sent out this statement after the vote:

“AEA congratulates Dr. Eric Mackey, the new Alabama State Superintendent of Education. Dr. Mackey brings a wealth of education experience and knowledge to the position and we look forward to working with him to move Alabama schools forward. “We’re excited to have someone so familiar with education in Alabama back in leadership. Alabama students and educators will greatly benefit from his guidance,” said AEA President Sherry Tucker.

ASRA congratulates Dr. Eric Mackey @egmackey on being named Alabama’s new State Superintendent of Education. We are grateful for his service on our Pre-K Task Force and look forward to continuing to collaborate with him in his new role. #PreK4AL #ALBOE

Congratulations Eric Mackey! Down Syndrome Alabama wishes you the best in your role as the new Alabama State Superintendent! DSA staff and members are available, willing and eager to work with you on behalf of all students who receive special education services. 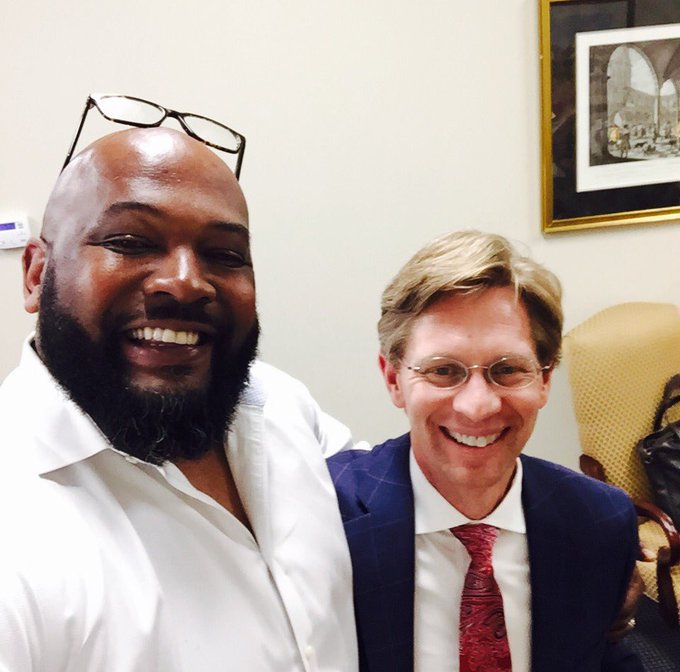 Well, congrats to @egmackey for the appointment to @AlabamaDeptofEd superintendent position. He’s done a great job leading SSA and he’s going to be a rock star