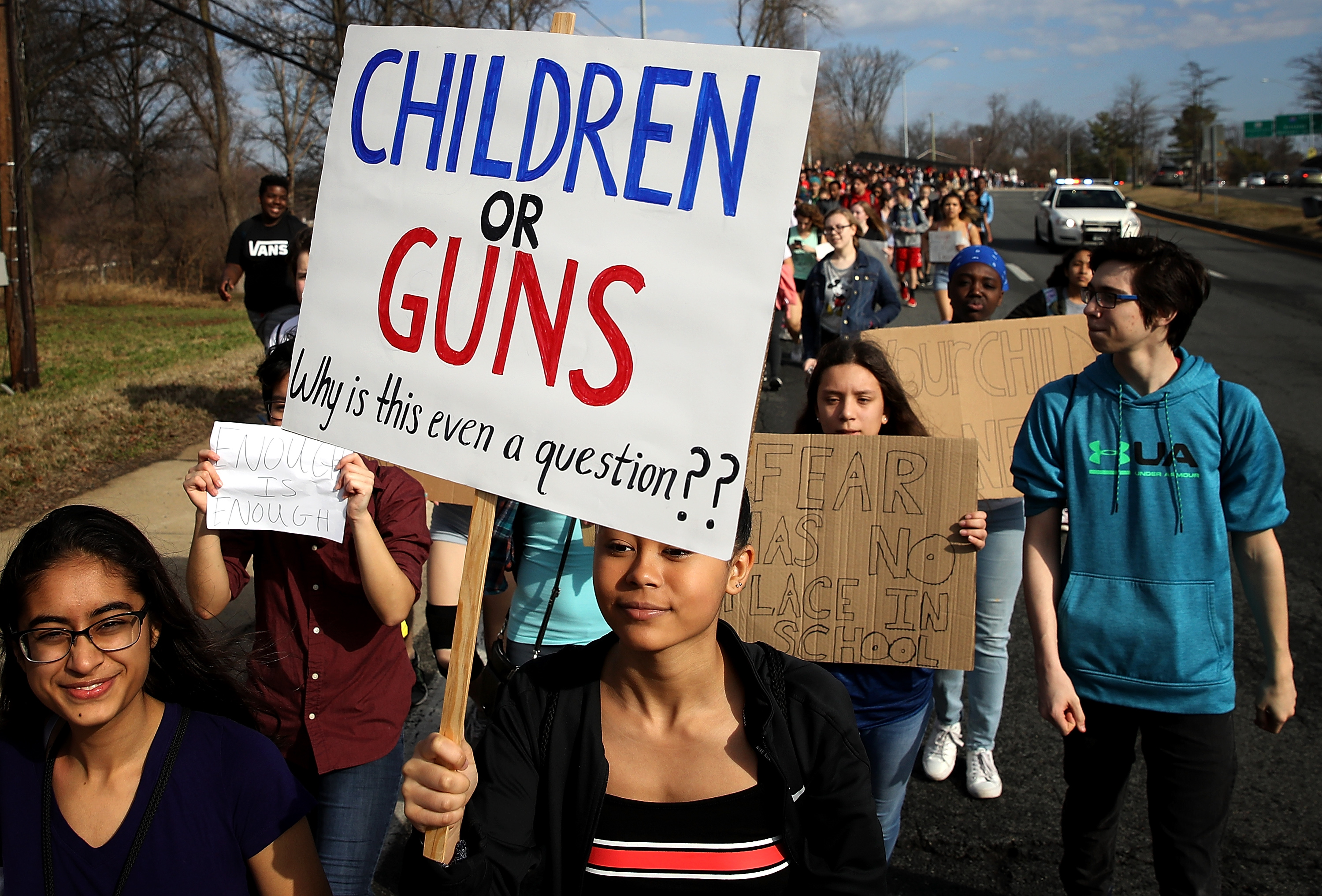 Students at thousands of schools across the nation are planning to stage walkouts Friday to mark the 19th year since the Columbine High School massacre, an attack that marked a new era of gun violence.

More than 2,300 events are planned for the National School Walkout, the latest mass protest organized by a student-led gun-control movement forged after a Valentine’s Day shooting in Parkland, Fla., that left 17 people dead.

A Connecticut high school student started planning the walkouts the day of the Florida shooting. Lane Murdock, a sophomore at Ridgefield High School, says she hopes this walkout will rejuvenate the #NeverAgain movement and continue the dialogue about gun-control measures, including a ban on assault-styled weapons.

“Keeping up the momentum is important,” Murdock said. “We saw that low after March for Our Lives, but students aren’t quitting on this. Our generation is demanding change and won’t be ignored or swept under the rug.”

Murdock, whose school is about 15 miles from Newtown, Conn., where 27 were killed in a rampage at Sandy Hook Elementary School in 2012, said she decided to take a stand and plan the walkouts because of her immediate reaction to the shooting in Parkland at Marjory Stoneman Douglas High School.

“I really felt quite numb to it. Our whole country is pretty desensitized to gun violence and once I realized I was, too, it really scared me,” she said. “I was no longer surprised that people were dying. That shouldn’t be the case.”

There have been other protests since the Parkland shooting. More than a million people gathered for the March for Our Lives rallies in Washington and across the nation on March 24. On March 14, students staged the first nationwide walkout. And students talked gun control with lawmakers at town halls in recent weeks.

“I think a lot of people see this as the finale, but no, it’s still just the beginning of this movement,” Murdock said, adding that organizers have estimated more than 1 million students plan to participate Friday.

She said the biggest difference between the previous nationwide walkout is that hers encourages students to continue protesting all day, instead of the 17-minute rallies many schools held.

The walkouts are scheduled to start at 10 a.m., and students will take 13 seconds to honor the 13 killed at Columbine High School in 1999. After that, it’s up to students what they decide to do next: There will be open mics and early voter registrations.