BREVARD COUNTY, Fla. – The Brevard County School Board got an earful Tuesday night from people opposed to arming school personnel on campuses.

Dozens of people spoke out at a meeting against the so-called Sheriff Trained Onsite Marshal Program, or STOMP.

The idea came about after the mass shooting at Marjory Stoneman Douglas High School in Parkland. 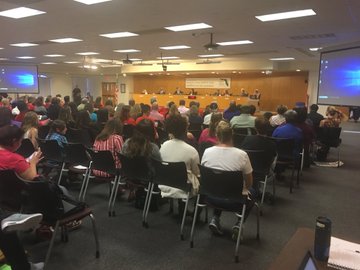 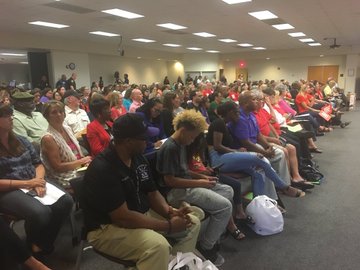 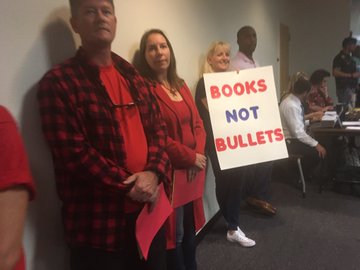 Several dozen parents and students chanted outside the school board meeting as it was about to get underway, with many carrying signs showing their opposition to putting more guns in schools.

“The research is there, statistics are there. And when you add guns to a situation, the situation gets more violent and more people die,” said parent Jennifer Carroll. 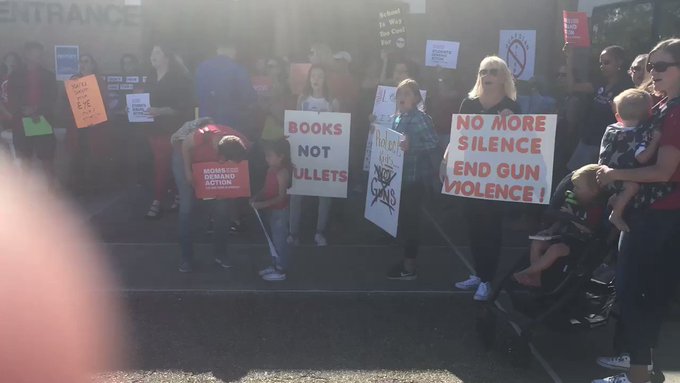 If approved, STOMP would allow vetted and trained school personnel to volunteer to carry concealed firearms on campus.

“No matter how much training, how many hours of training, it’s not going to compare to military training or police academies,” said Jiana Carroll.

The school board watched a video from Ivey, who initially recommended the plan to arm school personnel before scaling back his strong endorsement.

“I know how stressful it can be working in a school. And to arm somebody who that is not their sole job, I just think would be a terrible mistake,” said Stephanie White, a school counselor at an elementary school.

She was one of 62 people signed up to tell the school board what they think about STOMP.

“I’m against STOMP because I don’t feel that any level of vetting is going to be sufficient in order to introduce guns into the school,” said opponent Christina Keshisian.

The board did not take a vote on the program because, leaders said, they want to hear more from staff and families before deciding on the proposal.

The board’s listening process will include surveys, staff meetings and a series of 90-minute town-hall meetings for the public across the Space Coast. The board tentatively will vote on the proposal May 8.

Public town-hall sessions will be: