Business leaders across the state announced their opposition to repealing Common Core standards for public schools, banding together to send letters to state senators to stop the proposed change.

The chambers of commerce in Birmingham, Huntsville, Mobile, Montgomery, Tuscaloosa as well as the Chamber of Commerce Association of Alabama joined on the letter.

In the letter, business leaders feared “dumbing down” the state’s schools if Common Core is repealed and it would be a “disservice” to students and teachers.

A bill rescinding the Common Core standards, sponsored by Senate leader Del Marsh, got approval from the Senate Education Committee on Wednesday, which could set it up for a vote by the full Senate on Thursday. 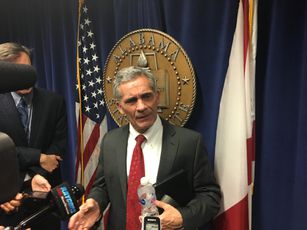 Bill to repeal use of Common Core standards in Alabama advances

Senate President Pro Tem Del Marsh, R-Anniston, said he previously defended the use of Common Core standards but they have not worked.

“Our organizations would encourage you to reject any legislative proposal that harms Alabama’s standards or usurps the authority of the Alabama State Board of Education,” the letter from the chambers of commerce said.

Challenging education requirements should be embraced in Alabama schools, the letter said.

“The voices of business and industry for the State of Alabama have united in support of rigorous education standards that will ensure that our students are college and career ready when they graduate from high school,” the letter said. “The Alabama standards are the cornerstone of the state’s Plan 2020 to increase graduation rates, reduce college remediation and raise student achievement.”

In the letter, business leaders voiced support for the school board.

“Repealing these standards would damage our schools, our teachers and our students that are already well into implementation of our standards, and it would certainly damage our economic development efforts in attracting companies who value an educated workforce,” the letter said. “Our children need to be among the best educated in the world to compete for admission into the best colleges and to secure good-paying jobs.

“We feel strongly that this is a matter best left to the Alabama State Board of Education, a body created and empowered by Alabama’s constitution to handle these issues.”