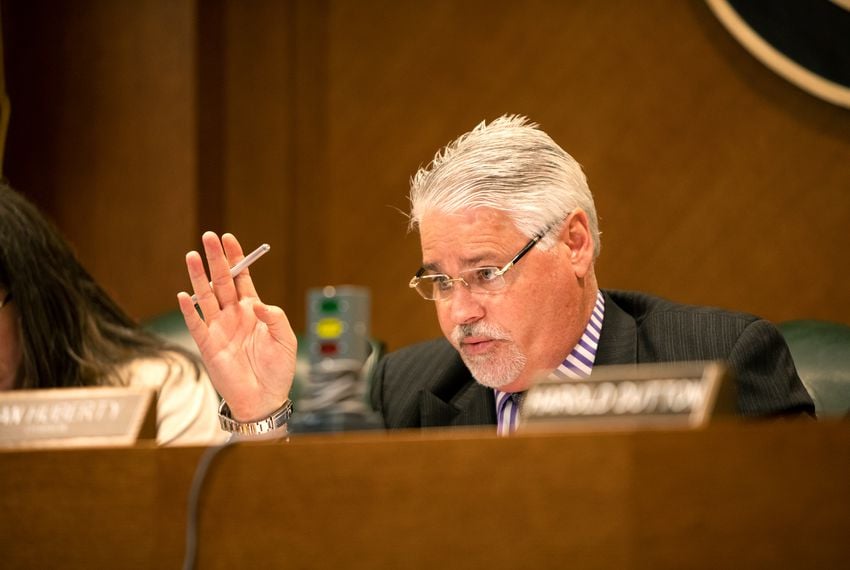 The Texas House Public Education Committee unanimously signed off on a comprehensive $9 billion school finance and property tax reform bill Tuesday — but only after removing a controversial educator merit pay provision that had angered teachers unions.

House Bill 3, filed by committee chair Rep. Dan Huberty, R-Houston, would put $6.3 billion into public schools and $2.7 billion into property tax reform. The bill will likely head to the full House soon, where more than 100 have already signed on as co-sponsors.

“Everybody’s opinion is welcome,” said Rep. Ken King, R-Canadian, before voting to approve the bill. “I would just hate to see the destruction of a valiant effort because somebody didn’t like one little piece on it.”

The initial version of HB 3 included money for districts that wanted to rate their teachers and provide the top-rated ones with more money, modeled on a Dallas ISD program that Republican Gov. Greg Abbott has touted.

“The language we ended up with to some degree could have been construed as tied to [the state’s standardized test] and created a little bit too much authority as we went forward,” Huberty said, explaining the change in the bill.

At last week’s first hearing on HB 3, teachers unions and educators told lawmakers they opposed that portion of the bill. They argued that although the bill didn’t require districts to rate teachers based on standardized test scores, it would be difficult for them to use any other metric. And teachers unions would rather have directed pay raises for all school employees than a program directing more money only to certain teachers.

Huberty removed that portion of the bill and instead included a section incentivizing school districts to pay teachers more to work at high-needs campuses, in rural districts or schools, or in subjects with a shortage of teachers — a more widely palatable policy. School districts that opt into this incentive program would then be subject to state evaluations.

The decision to remove the merit pay provision led to cheers from Texas American Federation of Teachers, the teachers union loudly opposing the merit pay portion of HB 3.

“The rejection of merit pay sends an important signal that educator salaries should not be tied to standardized tests never intended for that purpose,” Louis Malfaro, the union’s president, said in a statement Tuesday.

But it angered at least one group that had been advocating for merit pay programs.

“We are extremely disappointed that teacher unions have won again,” said Will Fullerton, executive director of Texas Aspires, which advocates for stricter school accountability. “House Bill 3, in its original form, was much more comprehensive when it included merit pay for our most effective teachers and further incentives for them to serve in high-needs campuses.”

HB 3 does not include an across-the-board teacher pay raise, with Huberty and Republican House Speaker Dennis Bonnen arguing school districts should instead have local control to decide how to use additional funding. The Senate already unanimously passed Senate Bill 3, which would put $4 billion toward $5,000 raises for full-time classroom teachers and librarians.

Educators and advocates have appeared divided in their support for the two bills, which will need to be reconciled in some form later this session.

The new version of HB 3 also includes several other technical changes based on input from advocates and experts. It would require a school district wanting to ask voters to approve a tax hike to first submit to an “efficiency audit” of their financial management.

“This is important for transparency purposes. If you’re going to go to your voters for some reason, you should prove that you’ve been operating as efficiently as possible,” Huberty said Tuesday.