About 3,000 teachers in Oakland, California, are striking over pay, class sizes and other issues, following educator walkouts in West Virginia, Los Angeles and Denver. The Oakland strike affects 36,000 students at 86 schools. (Feb. 21) AP

OAKLAND, Calif. – Oakland teachers will be back in their classrooms Monday after union members voted to approve a contract deal with district officials. 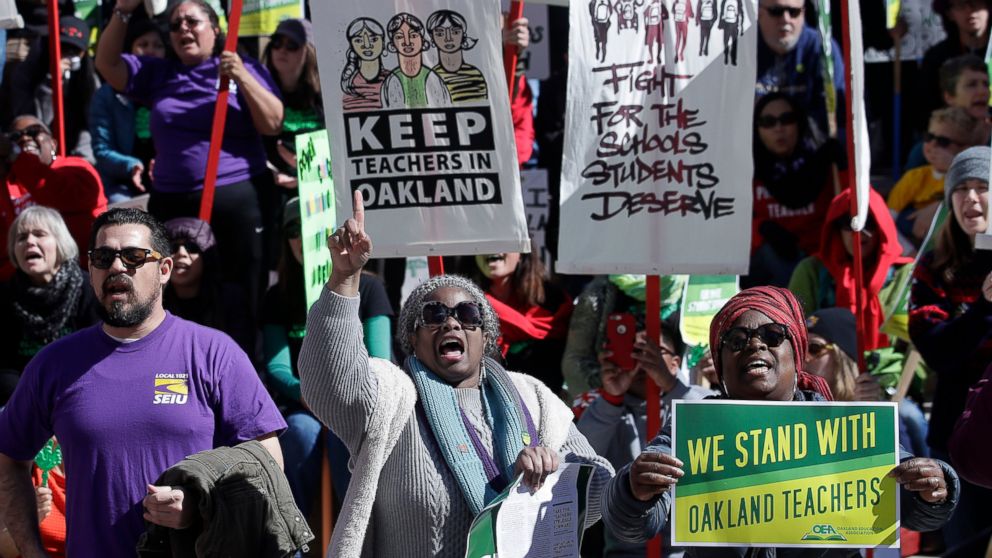 The Oakland Education Association voted in favor of the deal on Sunday after postponing the vote for a day.

“We look forward to being in our classrooms again after having to strike to bring our Oakland students some of the resources and supports they should have had in the first place,” union president Keith Brown said in a statement.

The strike effectively cleared out the city’s 86 schools. Oakland teachers were the latest educators in the U.S. to strike over pay and classroom conditions.

The union announced Friday that the teachers won everything they demanded. 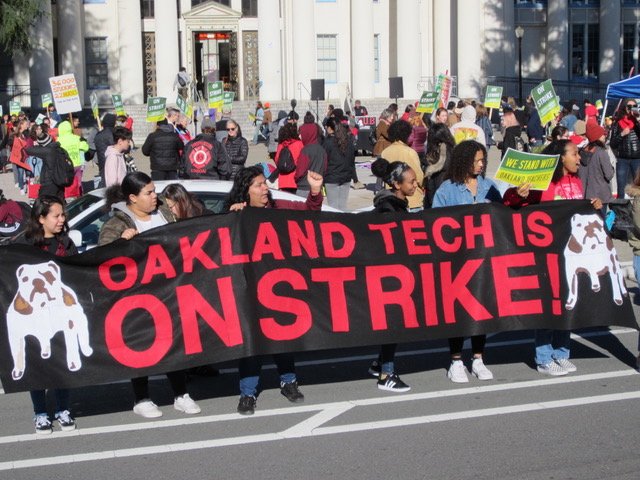 “This victory, accomplished through our collective strength on the picket lines with Oakland parents and students, sends the message that educators will no longer let this school district starve our neighborhood schools of resources,” Brown said.

The deal includes an 11 percent salary increase and a one-time 3 percent bonus.