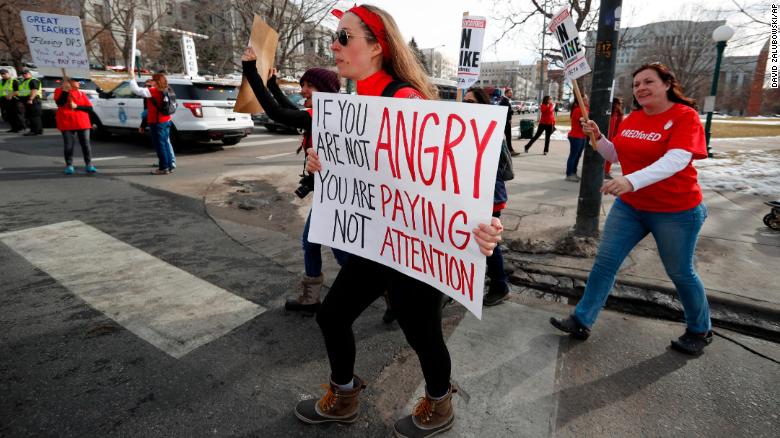 Instructors march to school district headquarters in Denver a day before a tentative deal was reached.

Denver (CNN)Denver educators have been promised pay raises as part of a tentative deal they reached with their school district after three days on strike.

Under the tentative agreement between Denver Public Schools and the Denver Classroom Teachers Association, educators would see between 7% and 11% increases to their base salaries and a 20-step salary schedule, the union said in a statement Thursday.
Teachers went on strike to demand higher, stable salaries, because the district uses unpredictable bonuses to compensate for low base pay.
They also hoped higher salaries would keep more educators from leaving the city, where the cost of living has skyrocketed in recent years, one teacher told CNN.
The agreement would also put an end to “exorbitant five-figure bonuses” for senior administrators, the union’s statement said.
“This agreement is a win, plain and simple: for our students, for our educators, and for our communities,” union President Henry Roman said. 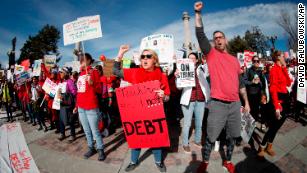 This is what Denver teachers sacrificed to go on strike
“No longer will our students see their education disrupted because their teachers cannot afford to stay in their classrooms.”
Union representatives said a breakthrough came Tuesday night when the two sides were able to find some “common ground,” and eventually reached a tentative agreement that the union’s membership will need to ratify. It was unclear how long the ratification process would take.
Rob Gould, the union’s lead negotiator, said the new salary schedule is “a lot better” and would help to retain and recruit talented educators for the benefit of Denver’s students.
“Teachers will be able to stay in Denver, and we’ll be able to keep our experienced educators here for our students,” he told CNN.
Teachers represented by the union “may return to the classroom today,” the union’s statement said, though Gould said some teachers had been up all night and would take an unpaid day off.
Denver’s strike was the latest in a wave of teachers’ strikes that spread across the country last year and that have continued to gain strength.
In some, teachers got what they wanted. Other times, they didn’t. And in some states where teachers scored victories, unions say lawmakers are now retaliating with new bills.

‘Many areas of agreement’

The Denver school district said in a statement that the agreement would see an investment of $23 million in teachers’ pay.
“This is a strong investment in our teachers — in both their base salary and the equity incentives,” Superintendent Susana Cordova said. “I’m very pleased we were able to reach a deal and in the collaborative way we worked together today.”
“There was a recognition that we share many areas of agreement,” Cordova added, “and we worked hard to listen and find common ground on the few areas where we had different perspectives.” 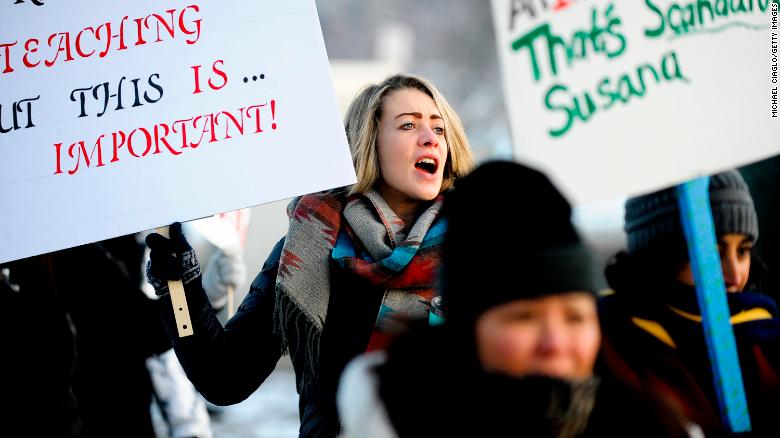 Denver teachers and community members picket outside South High School on Monday.
Lori Gates, an elementary school teacher, told CNN she was “ecstatic” that the strike was over. She stayed up all night, checking her phone for updates.
“My paycheck is going to grow and that’s great, but I really think we are part of the start to this national wave,” she said, also pointing to Los Angeles, where teachers went on strike for six days last month.
Asked what it would be like when she returns to Park Hill Elementary School, Gates said, “We are going to have a lot of hugs. We will talk about (the strike) and talk about having a powerful voice with advocating for yourself.
“And then,” she said, “we’ll get back to the writing and arithmetic.”
Kevlyn Walsh, a digital art teacher at a high school, said she was less certain about what the deal meant for her. She’s moved in with her parents to save money, and works three jobs to make ends meet.
“I’m still on the fence about teaching in general,” she told CNN, “and I need to crunch the numbers and make a pros and cons list and decide what my next move is.”
“So looks like I’ll go from $47,000 to about $50,000 next year,” Walsh said, “which I don’t feel is very awesome.”

About 1,400 central office staff members and 400 substitute teachers had to fill in for more than 2,600 striking teachers. Each day cost the district more than $400,000, a spokeswoman said.
But the teachers also made significant sacrifices to go on strike. Each day cost them hundreds of dollars, making a difficult situation even more painful. 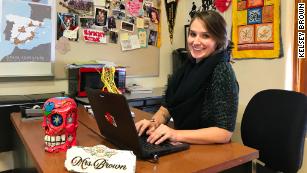 Denver is so expensive that teachers have to get creative to make ends meet
Ariel Walker said she limited herself to eating pasta with butter for three nights in a row, and had peanut butter and jelly for lunch every day. But she knew the sacrifice would be worth it.
“In order for me to have a bigger gain, and for future educators, too, I need to suffer,” she said.
Some teachers went on strike because it was so difficult to live on an educator’s salary in Denver.
“The rent has skyrocketed over the past few years,” said Lindsey Rutledge, a high school psychologist. “After we pay our rent, our student loan bill, our car payments, we have nothing left over. Most people who work in schools have to have second and third jobs.”
JOIN THE MOVEMENT #iBELIEVE