Denver Classroom Teachers Association teachers and supporters rally at the Colorado State Capitol demanding better wages and urging the state not to get involved in a possible strike on January 30, 2019. Photo: Andy Cross/Denver Post via Getty Images

The Red for Ed movement likely immortalized 2018 as a banner year for labor organizing among public school teachers. That fervor isn’t dissipating in 2019. Last month, the United Teachers of Los Angeles went on strike for six days, ultimately securing a 6 percent pay raise, lower caps on class sizes, and a commitment to hire more school nurses and counselors, among other concessions. Now, teachers in a variety of other cities and states are contemplating their own strikes and walkouts.

The roots of the Los Angeles strike are older than Red for Ed, and the same was true of December’s strike by unionized educators at Acero charter schools in Chicago. Educators are not newly dissatisfied with underfunded schools and pay inequities; these sentiments have built up for years, and strikes and walkouts that invoke Red for Ed are sometimes the result of months of contract negotiations and years of strategy. A collective anger was un-bottled last year, so it’s not surprising that teachers are continuing to take collective action. Here are few worth watching in weeks to come.

Denver teachers are preparing to strike on Monday.

The Denver Classroom Teachers’ Association announced on Wednesday that their members intend to strike on Monday, February 11. Denver Public Schools had asked the state to intervene to stop the strike, but newly elected governor Jared Polis and the state Department of Labor declined to do so on Wednesday. According to KDVR Channel 31, the union and school district will negotiate again on Friday.

In a statement sent to press, DCTA decried the district’s “revolving door of teacher turnover.” The union previously said that its goal is “to bargain a fair, competitive, and transparent salary schedule so that educators can afford to live in the communities we serve and so our students can have educators that stay in the district for the entirety of their careers.” A strike would send the DCTA’s 3,000 members out of classrooms on Monday; the district is trying to hire substitute teachers to replace them.

Charter school teachers are already on strike in Chicago.

Get unlimited access to Intelligencer and everything else New York.

If Denver teachers do strike, they won’t be the only educators on a picket line this month. Chicago is now in the midst of its second charter school strike. About two months after educators employed by Acero charter schools struck over large class sizes and inadequate support services for students, educators at four campuses of the Chicago International Charter Schools are also on strike.

In a press release, the Chicago Teachers’ Union, which represents Acero and CICS educators, said that teachers are fighting for “pay parity” with their peers employed in the city’s traditional public schools, in addition to more resources for students. “We’ll be on strike until our class sizes are smaller,” Stacy Davis Gates, the vice president of the CTU, told the Chicago Sun-Times. “We’ll be on strike until we have special education resources. We’ll be on strike till they understand that social workers and counselors are necessary parts of our community inside our schools.” The strike is now in its third day. 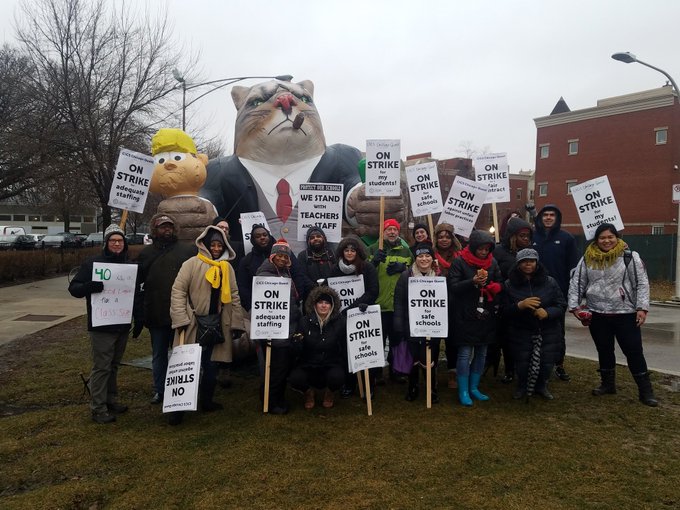 Teachers at an Ohio charter school may go on strike soon.

The Acero strike, which took place in December, marked the nation’s first-ever charter school strike. Then they were joined by teachers at three campuses of the Los Angeles–based Accelerated Schools charter network, who struck along with public educators in L.A. The CICS strike could be number three — and we may soon be up to four. Educators at the Summit Academy in Parma, Ohio, voted to authorize a strike on February 1, after yearlong contract negotiations with the charter operator continued to falter.

In a press release, the Ohio Federation of Teachers cited large class sizes and pay inequities between teachers and administrators as points of concern. “Administrators received significant pay raises while teachers received little or no increase. One in particular, CEO John Guyer, received a $31,000 raise, an amount higher than many teachers earn in an entire year,” the OFT stated. 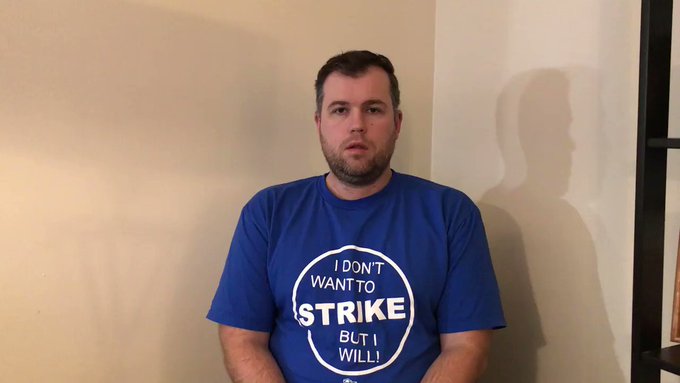 Todd Ratica, a social studies teacher at Summit Academy Parma & bargaining committee member, on why they authorized a strike:
“We need a fair contract because it is the only way that we can guarantee that our children are getting the proper learning conditions that they deserve.”

Teachers in Oakland, California, have authorized a strike.

This week, 95 percent of Oakland Unified Teachers’ members voted to approve a strike, according to ABC 7 News. Members of the union have already staged isolated wildcat strikes, or walkouts that take place without union authorization, in response to low pay and poor working conditions in the school district.

Oakland is located in the nation’s most expensive metro area, and teachers say they don’t make enough money to live near their schools. “Union demands include a 12 percent raise over three years, smaller classes and additional counselors and school nurses to help the district’s 37,000 students,” Edsource.org reported on Tuesday.

The union and the school district now await the results of a neutral, third-party fact-finding report intended to inform an eventual settlement. As Edsource.org noted, that reported is expected by February 15. If the union and school district still don’t reach an agreement after that date, teachers will strike. In a symbolic gesture, the Oakland City Council has already voted to support teachers if they go out on strike.

A bill that ties an additional pay raise for teachers to the creation of charter schools is working its way through the lower chamber of the West Virginia legislature. In response, teachers unions in Mingo County have already voted to authorize a one-day walkout at an unspecified date.

The bill has undergone a number of revisions since it originally appeared in the Senate Education Committee. But teachers still oppose the bill, and some they’re considering another walkout. The Exponent-Telegram reportedon Wednesday:

School employees across the state are voting on whether to grant state leaders of WVEA, the American Federation of Teachers and the West Virginia School Service Personnel Association the authority to call for “some type of work action,” according to Dale Lee, president of the West Virginia Education Association.”

According to the Exponent-Telegram, union leaders are set to receive the results of each county’s votes before a meeting scheduled for this weekend.