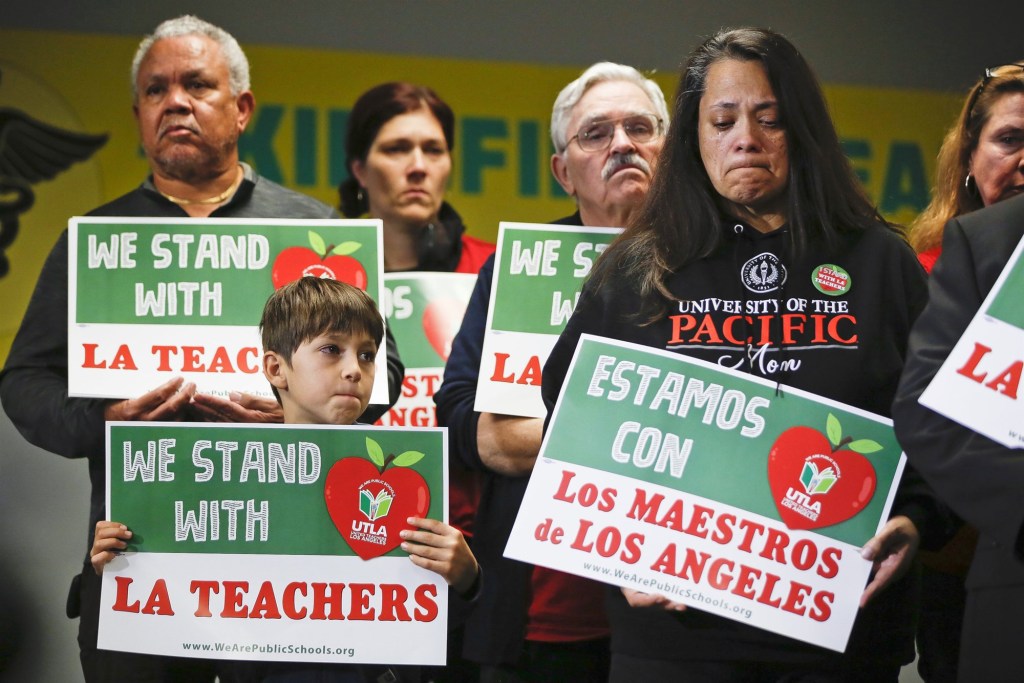 Tens of thousands of Los Angeles teachers went on strike Monday after negotiations in the nation’s second-largest school district fell through.

Arlene Inouye, secretary of the union, United Teachers Los Angeles, said Sunday that the strike was “a last resort” after teachers had been bargaining with the Los Angeles Unified School District for 21 months without reaching an agreement.

“Parents, educators and our bargaining team have been disrespected by Beutner over and over again,” she said.

“We’re in a battle for the soul of public education,” union president and teacher Alex Caputo-Pearl said at the news conference.

“Let us be clear: Teachers do not want to strike. Teachers strike when they have no other recourse,” he said.

In a statement Sunday, the teachers union said that even with $1.86 billion in reserves, the school district “says it does not have the money to improve our schools to include lower class sizes, accountability for charter schools and a real reinvestment in school safety, vital staffing and educational programs.”

“Since 2008, the cost of living in LA has increased 27 percent yet the district offers stagnant wages and healthcare,” the statement said.

The school district, in a statement Sunday, defended its bargaining position and said that schools would be open Monday to provide “every student with a safe and welcoming learning environment.”

“Elementary, middle and high schools will be open, instruction will continue, and meals will be served tomorrow and throughout” the strike, the statement said. Early education centers will be open only to special-needs students, and preschools sites will be closed, the district said.

“Los Angeles Unified did not want a strike and offered UTLA leaders a $565 million package to significantly reduce class sizes, add nearly 1,200 educators in schools, and provide all UTLA members with 6 percent salary raises,” the district said, adding that it remains committed to contract negotiations.