The country’s second-biggest school district could see a mass exodus of teachers Thursday when the Los Angeles teachers’ union goes on strike.

Years of frustration over class sizes, salaries and a shortage of school counselors and nurses have boiled over for more than 30,000 members of United Teachers Los Angeles.
The Los Angeles Unified School District has made offers to try to prevent the walkout, but the teachers’ union said they’re not enough. So unless the warring sides find a solution fast, LA teachers will go on strike for the first time in 30 years. 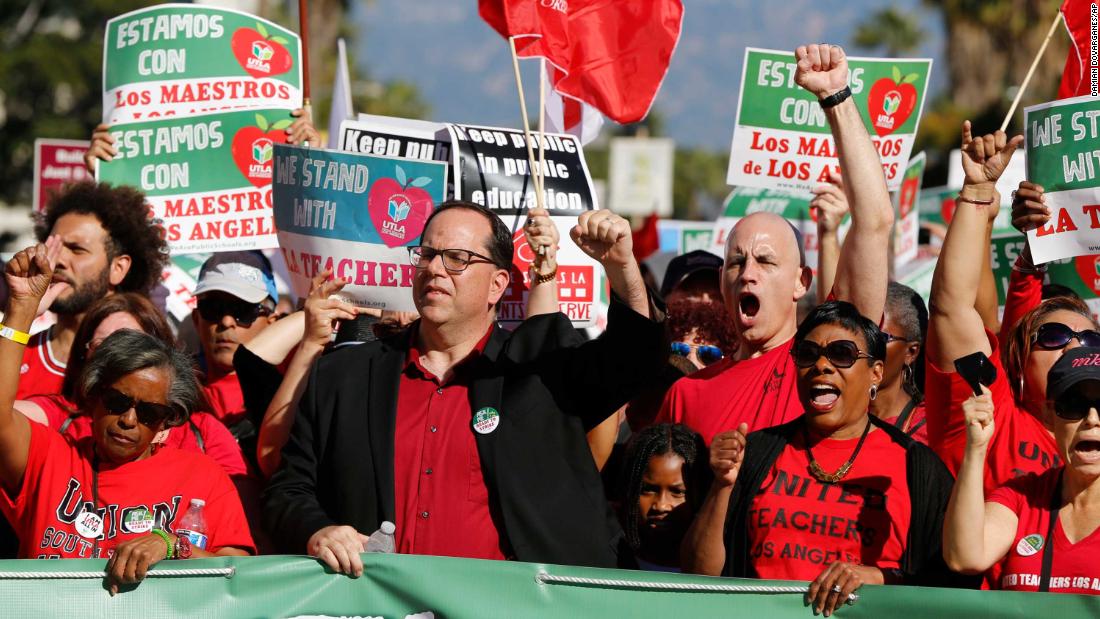 UTLA President Alex Caputo-Pearl, center, joins teachers at a rally December 15, 2018 in Los Angeles.
“We want an agreement that works for our kids — that gets to a place where we’re not dealing with 50 kids in a classroom, where we’re not dealing with 40% of our schools having a nurse for only one day a week,” said Alex Caputo-Pearl, president of the UTLA union.
Despite the expected absences of 32,000 teachers and staff members, classes will continue at all schools. About 600,000 students could be taught by more than 2,000 reassigned administrators and about 400 substitute teachers, the school district said.
Exactly how that would work out logistically remains uncertain.
“It’s case by case, school by school,” said Shannon Haber, chief communications officer for LAUSD. “We’re going to have to troubleshoot on the day of.”

What do both sides want?

Both the union and school district say they want smaller class sizes, bigger teacher salaries and more counselors and nurses in the district’s roughly 1,000 schools.
The big debate revolves around how to fund them. 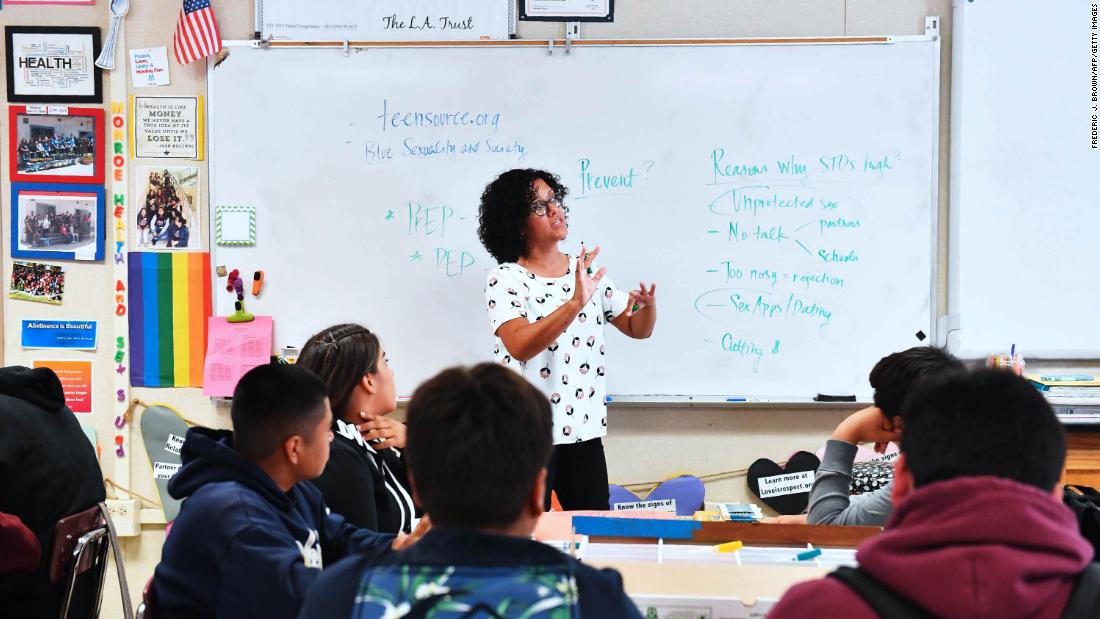 LAUSD says $1.8 billion in reserves is already earmarked for education spending.
Union members say they want LAUSD to pull from its $1.86 billion in reserves to increase school staffing and to boost teachers’ salaries by 6.5%.
“We have been in negotiations with LAUSD since April 2017. We have been working without a contract for almost one year,” UTLA said in a statement. “Even with $1.86 billion in reserves, LAUSD says it does not have the money to improve our schools.”
The school district says its pockets aren’t nearly as deep as the teachers’ union suggests.
“School budgets in California are set in three-year increments, and from July 2018 to June 2021, Los Angeles Unified will spend $24 billion educating students. This includes its entire, existing $1.8 billion reserve,” LAUSD said.
The school district said at this rate, it might not have enough money to meet a required 1% reserve by the 2021-2022 school year.
“When the new school year begins in July 2019, Los Angeles Unified will have about $800 million of the reserve left: $500 million of the $1.8 billion is already earmarked for federal and state-required programs. … An additional $500 million is being used for a 6% pay raise for all employees, including teachers; to pay for additional nurses, counselors and librarians, and to improve class size,” LAUSD said.
“Because of the budget shortfall, the remaining $800 million will be completely depleted by the 2021-2022 school year.”
Both sides hit the negotiating table Monday and made concessions in hopes of reaching a resolution.
The teachers’ union withdrew six of its demands, including limiting standardized testing.
The school district offered an additional $75 million to help decrease class sizes and hire more teachers, counselors, nurses and librarians.
View image on Twitter 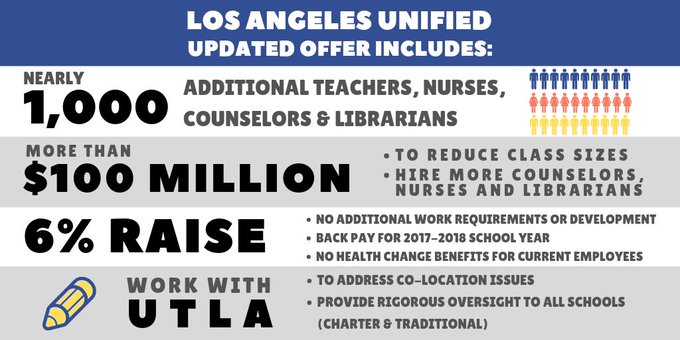 Today, @LASchools increased its offer to UTLA by $75 million to invest a total of $105 million to help reduce class size and add nearly 1,000 more teachers, counselors, nurses and librarians to our schools. Full statement and details on offer: https://achieve.lausd.net/site/default.aspx?PageType=3&DomainID=4&ModuleInstanceID=4466&ViewID=6446EE88-D30C-497E-9316-3F8874B3E108&RenderLoc=0&FlexDataID=73470&PageID=1&fbclid=IwAR3Xv0EvEH56mx5HDzP3FpIZseVlkyaHERvekXMR0LLvYu2n-b8b24rejHc …

58 people are talking about this
Twitter Ads info and privacy
But Monday’s talks ended in another stalemate.
Caputo-Pearl, the local union president, said both sides will make one more attempt to negotiate Wednesday to try to avert the strike.

What are parents supposed to do?

Evelyn Alemán was a Los Angeles teacher’s assistant during the last strike in 1989. She said she remembers the strike’s impact on low-income families and students who didn’t have their teachers for nine days.
“We felt like the odds were already stacked against the kids in the community so high,” Alemán said. “Why couldn’t the grownups in the room come up with a solution without coming to that?”
Fast forward 30 years, and Alemán is now the mother of a 14-year-old Los Angeles high school student. 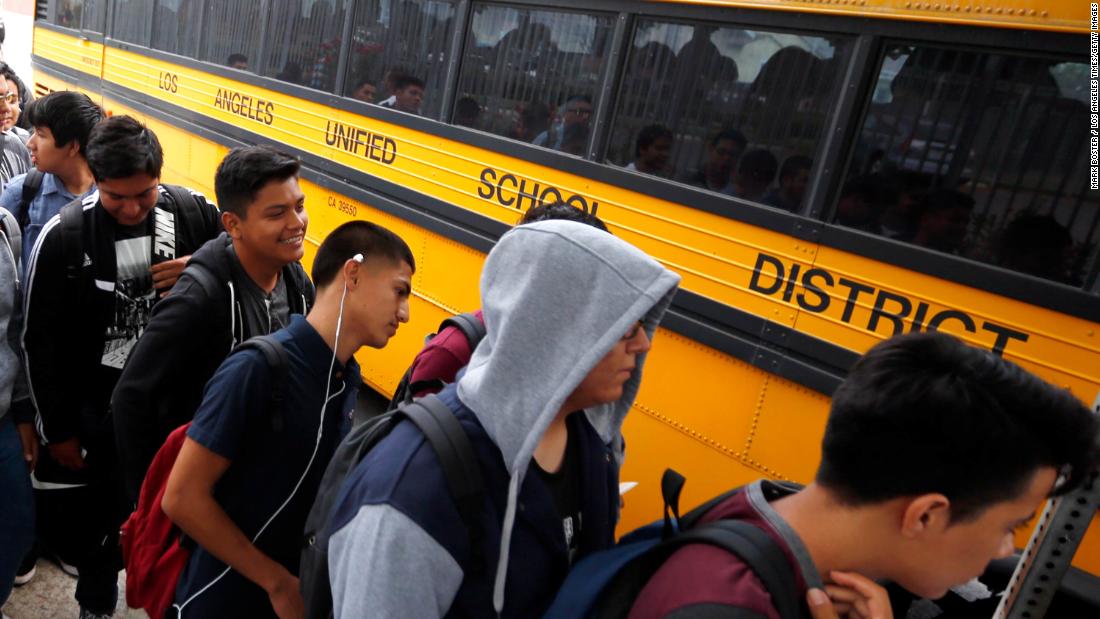 LAUSD said students should still go to class during a strike. It said about 400 substitute teachers and more than 2,000 certified employees will fill in.
Like many parents, Alemán said she’s conflicted about the strike.
“I feel like parents are caught in the middle of these two big forces that are in charge of looking out for our children,” she said.
“I think most parents agree with what the teachers are asking for. We definitely want smaller class sizes. We definitely want teachers to be appropriately compensated,” she said.
But as far as the planned strike goes, “I don’t agree with the way it’s taking place right now.”
LA school district offers a guide for families on how to prepare for the strike
Alemán said she’ll definitely send her daughter to school Thursday, even if she’s taught by someone other than her normal teachers.
“I think most parents are trying to figure out if and whether to send their children to school on Thursday,” she said.
“It’s a toss-up. For those parents who have children who have special needs, in special education, they’re just not sure if the folks who are taking care of them that day will be able to support the needs of their children.”

Will we see another wave of teacher strikes?

What’s happening in Los Angeles resembles the widespread frustration that led to a flurry of teachers’ strikes across the country last year. 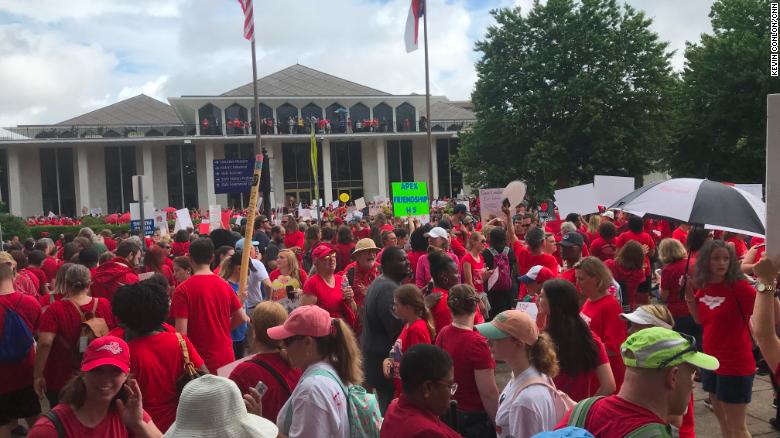 Here’s what teachers accomplished with their 2018 strikes
And while the LA walkout would be the first major teachers’ strike of 2019, it certainly might not be the last.
“I think what you’re seeing is people want to make conditions better for children and for themselves,” said Randi Weingarten, president of the American Federation of Teachers.
“People have tried to talk to legislators or talk to their bosses … they’ve gotten dismissed or disparaged,” she said.
“A strike is not a first resort for anyone. It’s a last resort — especially for teachers who are asked to do more with less every day. And enough is enough.”