New Orleans is home to one of the first public school systems in the South, but the city has historically educated certain segments of the city rather than the public at large, an extensive new report by The Data Center describes. In order to provide a high-quality education that’s accessible to all residents citywide, the report argues that public schools need a mix of more students, community engagement and democratic control.

The new report uses scholarly research, news articles and data from the Louisiana Department of Education to offer insight into the history of the city’s K-12 education system. The research released Friday (Nov. 30) is the sixth and final report in a series of reports, called “The New Orleans Prosperity Index: Tricentennial Edition,” completed by The Data Center this year.

The report, titled “New Orleans Public Schools: An Unrealized Democratic Ideal,” argues there has “never” been a time when all residents of the city participated in the public school system together due to a legacy of colonialism, chattel slavery, and segregation. However, professors Brian Beabout of University of New Orleans and Kyshun Webster of University of Holy Cross say there’s opportunity now, with “historically high optimism” citywide about the city’s public school system.

Here’s a glimpse at the reasons researchers cited for why the public school system has maintained social hierarchy, and how residents and policymakers can foster progress. 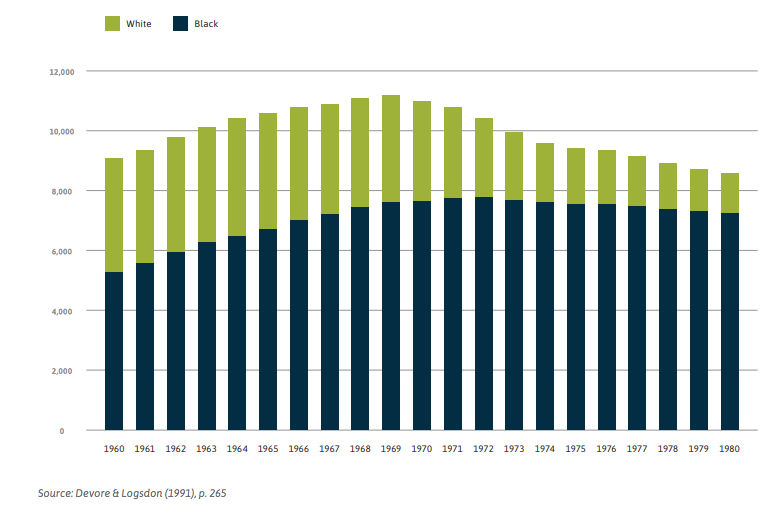 This chart displays New Orleans public school enrollment from 1960 to 1980. Provided by The Data Center.
Historic racism has kept all residents from participating in public schools together

The report traces the root cause of inequity in the city’s public school system to its earliest days in 1841, when the very first public schools were held in repurposed buildings. Former slaveholder John McDonogh bequeathed his wealth to build 30 new schools for the city’s children in 1858. The McDonogh schools served white students and free children of color, but they excluded enslaved children.

Then, the Union military collaborated with various civilian and military organizations to establish schools for recently freed children in 1862, the report says. By 1864, the military opened seven all-black public schools in New Orleans amid the Civil War.

The 1867 Louisiana Constitution required public school integration that began to occur in 1870, but the report notes “white resistance” to integration persisted, leading to three days of riots in 1874. The progress of integration was stalled after the Southern aristocracy resumed control of state government due to the 1876 U.S. presidential election.

Several political actions in the Jim Crow era, including the U.S. Supreme Court’s 1896 decision in Plessy v. Ferguson to uphold the “separate but equal” doctrine, legally established racial segregation. Most commonly, laws required separate schools for children of each race, the report says. Likewise, the state government started to drastically cut school tax rates by 80 percent in 1877. New Orleans’ school board in 1900 restricted African American enrollment in public schools to the first five grades even though black people had attended high school for nearly a generation, researchers stated. 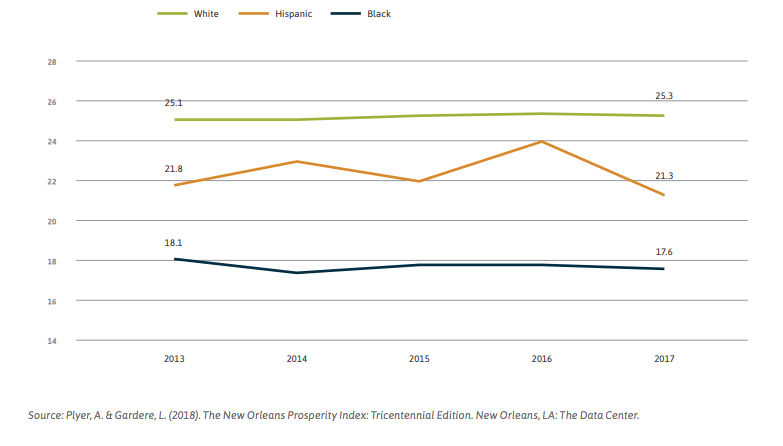 This chart displays the average ACT score for public and private schools in Orleans Parish by race/ethnicity from 2013 to 2017. Provided by The Data Center.
New Orleans’ school system has experienced racial and socioeconomic inequity

Researchers pointed out that African Americans still made some strides within segregation. The opening of McDonogh No. 35 in 1917 and Booker T. Washington trade school in 1942, for instance, increased black high school enrollment “30-fold” between 1918 and 1940, the report stated.

Even so, the report said desegregation of public schools became a “chief concern” in New Orleans in the Civil Rights era. Nationally, a series of court hearings for and against desegregation, as well as several protests, led to the U.S. Supreme Court Brown vs. Board of Education decision ordering school boards involved in the case to desegregate “with all deliberate speed.” However, researchers stated New Orleans schools didn’t begin desegregating until 1960.

The report stated white and middle-class flight provided leadership and professional opportunities for black people who had been shut out of most public schools since Reconstruction. The black community in Algiers, for instance, created the L.B. Landry High School, and researchers stated many black schools became “vital community hubs.”

Even so, researchers pointed out the loss of political and taxpayer support accompanied by white and middle-class flight negatively affected public school students. A higher percentage of New Orleans public high schoolers and 4th graders by spring 2005 scored lower on state standardized tests than the percentage of students as a whole statewide. 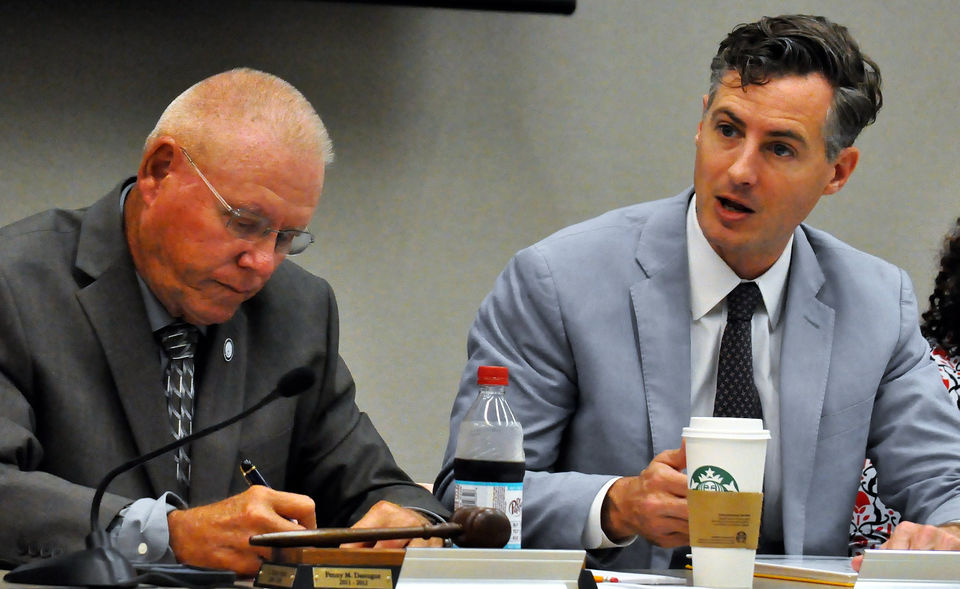 Researchers pointed out the “swift passage” of Act 35 by the Louisiana Legislature in November 2005 shifted New Orleans’ public school control from a locally-elected, predominantly black school board to a statewide, mostly white Board of Elementary and Secondary Education. The state’s Recovery School District gained control of 112 schools in the city and signed charter contracts with nonprofit organizations to manage those schools as long as the private organizations showed “satisfactory academic and financial performance.”

Researchers stated the reform also led to the end of the contract with the United Teachers of New Orleans, and the firing of more than 7,000 employees of the Orleans Parish School Board. The reform also created exemptions from teacher certification requirements and a rapid expansion of the RSD into the daily operation of public schools in the city.

The report stated the post-Katrina era has also led to a “hardening of political positions” about public education in New Orleans that is largely dominated by the “ascendant school reform coalitions versus newly marginalized traditional education and civil rights communities.” 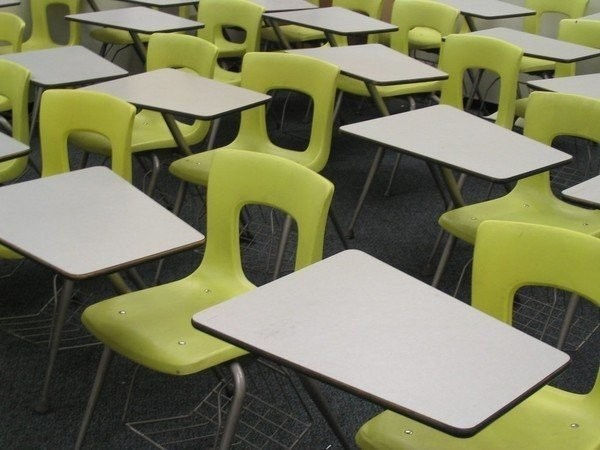 Today, that inequity can still be seen in a number of outcomes connected to the city’s K-12 schools, the report says. During the 2014-15 school year, 60 percent of public school students in 3rd – 8th grade met proficiency targets on state-mandated tests. Researchers stated the disaggregated data shows that 77 percent of white public school students met this target, and only 58 percent of students of color did. “Black and Hispanic 16-24 year-olds are still three to four times more likely than their white peers to not have a high school diploma nor be working towards one,” the report stated.

In order to make gains in the system, the report identified three things that should occur in the city. 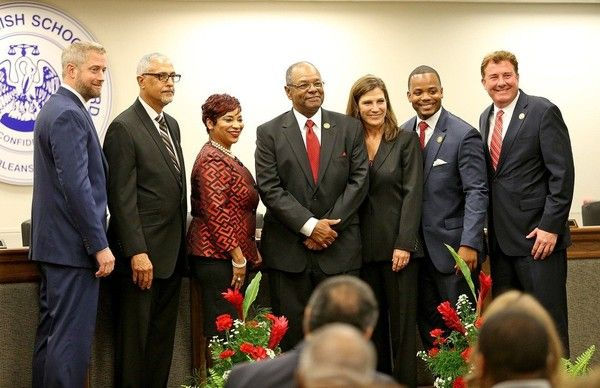 The Orleans Parish School Board poses for a photo. Photo by Michael DeMocker, NOLA.com | The Times-Picayune
Improve local representation among schools and elected school boards

An analysis of 25 charter school boards found the black makeup of charter school boards was statistically lower than the black makeup of the voting-age population, the report stated. Steven Nelson of the University of Memphis suggests board composition influences the types of policies created, and lower black representation puts black students at risk for policies that do not serve them well.

New Orleans residents can vote for their district-wide school board, but self-appointed charter school boards “do not provide this same benefit,” the report stated. With this in mind, researchers stressed it’s important for the city to provide “equitable representation on school staffs and on charter school boards” to ensure residents are involved in the decisions affecting their children. 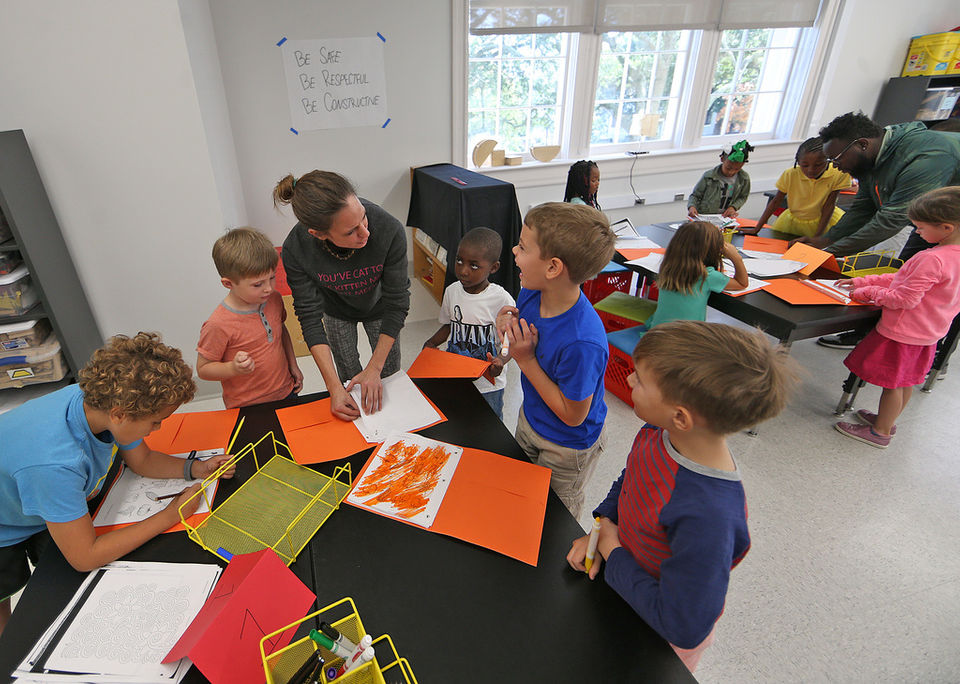 The report stated public schools must enroll “a larger percentage of young people” than it currently does, to ensure the system does more to uplift a community’s social status instead of maintaining “the existing social hierarchy.”

“While there are religious and historical reasons for private school choices, it must also be considered that these choices weaken the public education system,” researchers stated.

Researchers pointed out that recent tax levies suggest “encouraging evidence” of increasing support for public schools in New Orleans. Likewise, the charter school reforms have increased the number of “multicultural” schools with no racial or ethnic group representing more than two-thirds of the school population. Researchers stated diverse public schools may serve as important spaces where both old and new residents can interact, which is important as the white and Hispanic school populations grow.

“This integration has the potential to fail if white and middle-class families gentrify urban schools and recreate them on their terms, disregarding the students and families who came before,” the report stated. 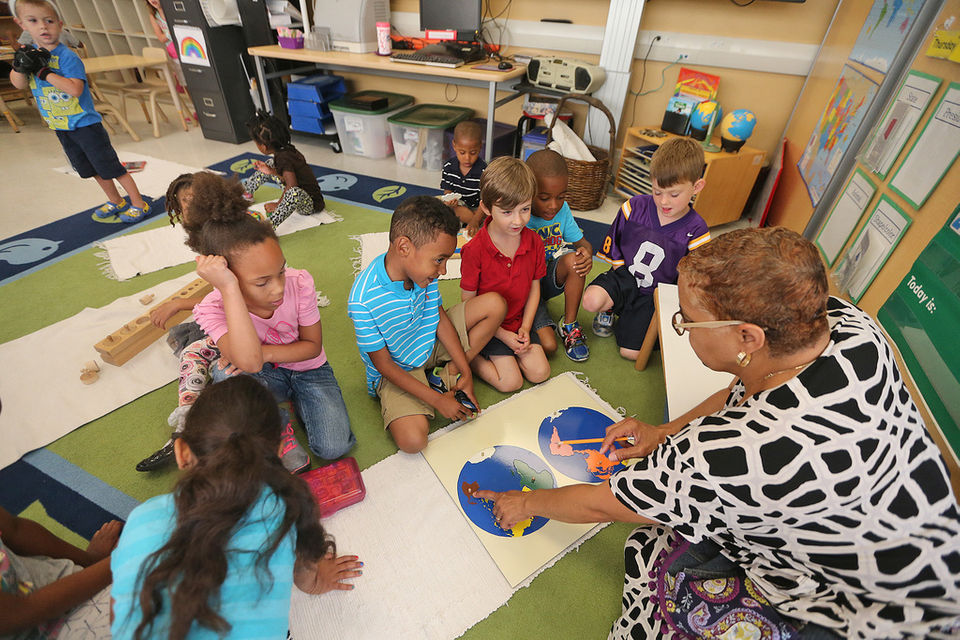 The report stated that inequitable access to early childhood education is “a system level challenge” in New Orleans. “Some evidence suggests that in New Orleans, 75 percent of white families are able to access some form of pre-K or kindergarten, while only two-thirds of black or Hispanic families have access,” researchers stated.

Researchers pointed out that a Tulane University study in December 2017 found there are fewer pre-K options available to New Orleans parents today because schools in the charter model are concerned about the high cost of pre-K. A report released recently by the national advocacy organization Child Care Aware stated that $7,540 per year is the average cost of infant care in Louisiana, which is almost the same as the annual cost of tuition at a four-year college in the state. With this in mind, researchers stated sustained commitment from the state of Louisiana to expanding pre-K should be a “top educational priority.”

“If our leaders are willing to create the conditions for sustained improvement, and our citizens are prepared to support them, then the long articulated promise of an accessible, equitable, and high quality public school system is attainable,” researchers concluded.