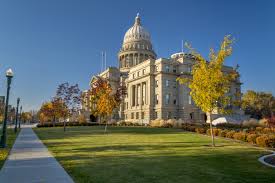 Parents, students, and competent teachers deserve better than a public education system that celebrates mediocrity. That’s what they got earlier this month when the state’s top education officials hailed a report that ranks Idaho No. 5 nationally for college readiness of its graduating high school seniors.

The ranking comes from U.S. News & World Report, which looked at college-entrance test results to determine which states produce the best prepared-for-college high school students. Idaho was singled out for being the only Western state in the top 10.

Public schools Superintendent Sherri Ybarra called it “great news, affirming our belief that Idaho schools are doing a good job of preparing students for post-high school success, even as compared to most other states.” Dr. Linda Clark, the State Board of Education president, also cheered the news. However, upon review of the ranking criteria, the cheering should stop.

The Gem State got its ranking because 55 percent — yes, only 55 percent — of its high school seniors met college-entrance exam benchmarks. According to U.S. News & World Report, the benchmarks “represent scores students would need to achieve in order to have a 75 percent chance of earning a C or better in a related college course.” Some might argue, as I do, that 55 percent isn’t exactly a stellar number by any measure. If 55 percent of your business’s products were failing, you’d fire people. In public education, one breaks out the champagne and serves up self-congratulatory accolades by press release.

It gets worse. U.S. News & World Report also noted that just 36 percent of Idaho high school students were able to meet the benchmarks on the math portion of the college entrance exams. In other words, some two-thirds of Idaho school students aren’t ready for college mathematics. Neither Ybarra nor Clark acknowledged this fact in their respective press releases. The State Board noted the issue when I posed follow up questions (the Board wants the figure improved, more money will help, a spokesman said). Ybarra’s office ignored questions about the statistic.

In defense of the education system, officials contend that all Idaho public high school seniors are required to take college entrance exams, at taxpayer expense, including seniors with no college plans. Other states, education leaders say, may not have similar requirements. In Idaho, 45 percent of students leave high school bound for college. So the argument goes, if the college-ready kids are the ones actually going to college, Idaho’s doing well. It’s sort of like your local hospital reasoning that it’s OK if 55 percent of the medical professionals are “ready to perform brain surgery” because only a handful of the hospital’s practitioners must be competent operating on a brain.

Unfortunately for Ybarra and Clark, data from the Idaho State Board of Education confirms that Idaho’s high school grads are showing up on college campuses ill-prepared for post-secondary learning. In recent years, about a quarter of freshman college students from Idaho high schools have had to take remedial classes. The numbers are much worse at community colleges. According to the SBOE, about 60 percent of freshman students at Idaho’s two-year schools have needed remedial classes.

Lost in Idaho education officials’ braggadocio is this fact: Wide swaths of students who complete a public education are ill-prepared for college or a career. Yes, we can take note that Idaho outperforms 45 other states according to one measure of college readiness. Through a spokesman, the State Board said it is celebrating improvement, not success. Good. No one should confuse a top-10 ranking in this case with excellence in education, because they are clearly not one in the same.