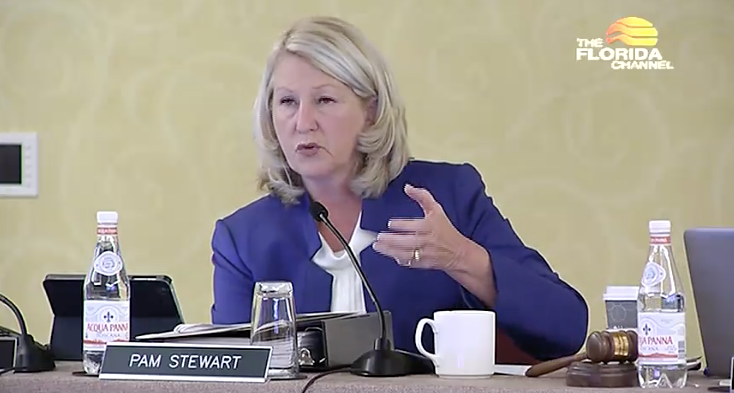 TURNAROUNDS: With 2018 state grades out, Hillsborough and Pinellas school district leaders bring improvement plans for their most struggling campuses to the Florida Board of Education for approval. Each gets warnings that their plans must include highly rated teachers, using the state’s standards. • The board approves plans for two Duval County schools without any reservations, the Florida Times-Union reports.

VOUCHERS: The Florida Board of Education adopts rules to govern new tax-credit scholarships for students who claim to be bullied in school, after acknowledging the law doesn’t leave much room to verify the claims.

TESTING TROUBLES: Franklin County rising ninth graders who didn’t pass the state Algebra I test in the spring took a summer refresher course and the PERT test to meet the graduation requirement. The thing is, the state eliminated the PERT as an alternative option for those students earlier this year, meaning they still have to retake the end-of-course exam, the Apalachicola Times reports.

BACK TO SCHOOL: A popular Gulf County elementary teacher who had been removed from classes over allegations of insubordination is reinstated, the Port St. Joe Star reports.

TAXES: The Palm Beach County School Board agrees to ask voters to approve a property tax rate increase that would help pay for security needs, the Sun-Sentinel reports. More from the Palm Beach Post. • Bay County leaders look for needed school construction and improvement projects that a local sales tax can pay for, the Panama City News Herald reports. • A proposed property tax increase for could improve Miami-Dade County teacher salaries by as much as 20 percent, the Miami Herald reports.

SECURITY: The city of Deltona tells the Volusia County school district it won’t help pay for officers in the schools within city limits, the Daytona Beach News-Journal reports.

REMOVED: A Leon County principal is placed on administrative leave over a personal relationship with a teacher in his school, the Tallahassee Democrat reports.

GREAT DIVIDE: Sarasota County School Board members’ written evaluations of their superintendent offer a window into how much the board is split, the Herald-Tribune reports.