A diverse, never-before assembled group of statewide business, education, labor, philanthropic and other leaders on Wednesday announced a campaign to create a thriving public education system in Michigan.

On Wednesday, the group announced “Launch Michigan,” an initiative to create a thriving public education system in Michigan.

Officials with the group said countless reports and research are clear: Michigan is facing an education crisis and can’t afford to get stuck continually redefining the problem.

The focus of the partnership will be about working together to improve the system for every child and every school in Michigan, officials said.

“Education is not a partisan issue,” said Paula Herbart, president of the Michigan Education Association. “We are 100 percent committed and proud to be part of this effort to help front-line educators who are experts at teaching and learning provide answers and inform this partnership about what’s needed to help every student learn and succeed, regardless of the ZIP code they live in.”

The MEA represents 140,000 of the state’s teachers, education support professionals and higher education employees. Herbart was joined at the announcement by David Hecker, president of AFT Michigan, a union representing another 35,000 educators working in K-12 and intermediate school districts, community colleges and universities.

Observers say it’s an unlikely group of allies who have pledged to work together to turn Michigan into a leader in educational excellence with lasting, research-driven strategies that transcend politics and election cycles.

Past work groups focused on education in Michigan have not included full support from leadership in both teachers unions.

Tim Daman, president and CEO of the Lansing Regional Chamber of Commerce, said the effort illustrates the collaboration essential to addressing some of the state’s most pressing issues.

A strong K-12 education system is “one of the keys to ensuring Michigan’s comeback continues,” said Daman.

Business Leaders for Michigan president and CEO Doug Rothwell said his organization is “all in” to make the vision and effort a reality.

“Robust public education is essential for thriving economies, creating opportunities for everyone and for Michigan companies to fulfill their wishes for hiring top homegrown talent,” Rothwell said.

Rothwell said Wednesday at a live press conference that members of the coalition will divide into work groups and have their first meeting Wednesday.

They will not be offering a comprehensive plan, he said, but will focus on a series of issues that make the biggest impact on improving educational outcomes.

“That is just the start. We are going to keep working through November,” he said.

Asked whether the reforms proposed would be modeled after any specific states, Rothwell said Massachusetts, Tennessee and Florida have been successful.

“But I want to avoid saying this is the state we want to replicate. This will be a unique Michigan model,” he said.

Michigan has a plan to become a “Top Ten” state in education in 10 years, which is being implemented by the Michigan Department of Education.

The work, which focuses on building a sustainable system for preschool through age 20, began in 2016 under state superintendent Brian Whiston, who died last month.

Despite investing heavily in early literacy since 2015, Michigan schools showed the largest decline in third-grade reading levels among 11 comparable states in the last three years, according to a 2018 education report.

Using three consecutive years of data starting with the 2014-15 school year, Michigan ranked last among the group for changes in third-grade reading proficiency, according to officials with Education Trust-Midwest, a nonpartisan research and advocacy organization.

Michigan was at the bottom of the group, behind Delaware, Vermont, Connecticut, Idaho and West Virginia. California, Hawaii and Washington state showed the most improvement on the test in the last three years. Those states use standardized tests similar to Michigan’s.

Michigan has fared poorly in several educational measures in recent years. About 56 percent of third-graders did not pass the reading test on Michigan’s state assessment in 2017. A Brookings Institution analysis last year also found that the state’s students made the least improvement in National Assessment of Education Progress scores since 2003.

Amber Arellano, executive director for Education Trust-Midwest, said the most effective way for Michigan to boost the short- and long-term well-being of its residents is to invest in improvements in education.

“This new partnership can make a big difference in advancing the pursuit of educational excellence and equity for all Michigan students, and can be a tremendous resource in 2019 when our state has a new governor and many new state lawmakers,” she said.

Asked how the groups — which have been at odds over other issues such as raising taxes for education or for-profit education operators — will come together and find common ground, Arellano said they have all made that commitment

“We know we are living in a divided time in our state and country. We have worked together before and we do agree on the issues: we need more transparency, more teacher support,” she said. 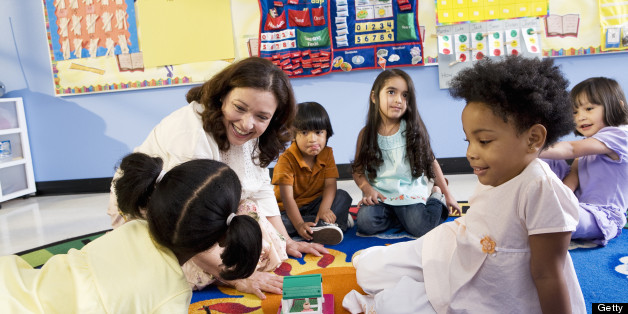 In March, Business Leaders for Michigan also issued its review of best practices in K-12 education and recommendations for better student performance in its report.

Next steps for the Launch Michigan group include developing an agenda this summer.

Initial areas of agreement and focus will include:

•Supporting educators by leveraging existing research and using a statewide educator survey, among other activities, to guide work.

•Supporting shared, statewide, research-driven strategies for delivering effective education to students and sticking to those strategies beyond politics and election cycles, to determine what really works.

•Supporting a fair and comprehensive accountability system that includes everyone who influences education, not just teachers.