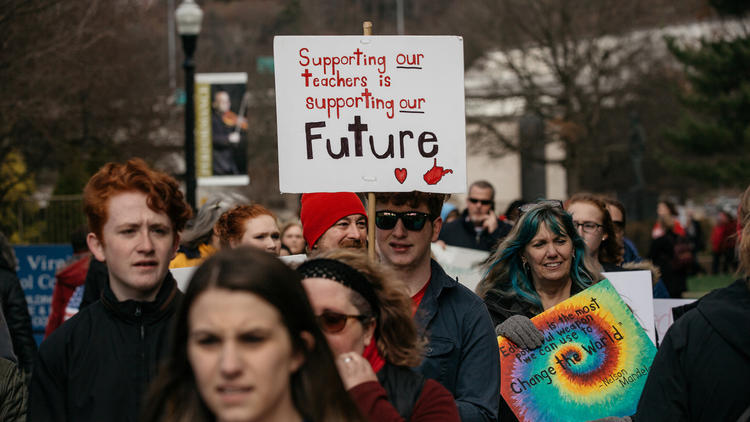 They work as private tutors and soccer coaches, as waiters, grocery clerks and ride-share drivers.

Across the country, 18 percent of teachers earn income outside the classroom, according to a National Center for Education Statistics report released Wednesday. The finding comes from a nationally representative survey of teachers conducted in the 2015-2016 school year.

The report emerges in a year when teachers in West Virginia, Oklahoma and Arizona have protested, calling for higher wages and for states to increase school funding. All three states have struggled with acute teacher shortages, which unions link to the low pay and difficult working conditions – including the fact that some teachers are forced to take on second jobs. Educators have also staged protests in Colorado, Kentucky, North Carolina and other states.

The phenomenon held true across the nation. Teachers in the Northeast, where educator salaries in several states are above the national average, are slightly more likely than teachers elsewhere to work second jobs. The survey did not ask why teachers worked second jobs, nor did it inquire about whether they worked during summer breaks or during the school year.

In Oklahoma, it has become a regular feature of the educator workforce. Earlier this year, the Tulsa schools superintendent said she regularly encountered teachers working second jobs before and after school: They took her to the airport as Uber drivers, rang up her groceries and served her at restaurants.

In 2016, Oklahoma ranked 49th in teacher pay – lower even than West Virginia, which was 48th. The average compensation package of an Oklahoma teacher was $45,276 a year, according to the National Education Association, a figure that includes a high-priced health plan and other benefits. That’s far less than educators in neighboring states, making it difficult – for many districts, impossible – to find and keep qualified teachers.

Teachers in Oklahoma, Arizona and West Virginia successfully pressed lawmakers and their governors to give them raises this year.

According to a report by the National Education Association, the nation’s largest teacher union, the average teacher salary fell by 3 percent between 2006 and 2016 after inflation was taken into account. Teachers in the United States earn on average just 60 percent of what other professionals with similar education levels make, according to a 2017 education report from the Organization for Economic Cooperation and Development. The United States had the lowest relative teacher salaries among the 28 member nations that participated in the report.

According to the report released Wednesday, teachers who worked outside jobs reported earning an average of $5,100 a year in those second jobs. About half who reported earning second incomes were employed in outside teaching or tutoring positions. About 22 percent of teachers with second jobs worked in positions related to teaching, and 28 percent worked in jobs unrelated to education.