It’s not enough to just stand by and watch — you need to stand up to bullies, says Ava Weber, a second-grader at Schenk Elementary School in Madison, Wisconsin.

But the youngster was quick to point out to the Wisconsin State Journal that it “works better” to say something and treat the bully with kindness, too.

It’s just these kinds of proactive strategies, fostered through programs and events such as its Ally Superhero Night, that have earned Schenk Elementary a rare Seal of Excellence award from the Human Rights Campaign Foundation.

Schenk became one of just 15 Welcoming Schools around the country to attain the recognition.

Through teacher training and curriculum, the foundation’s nationwide Welcoming Schools initiative strives to nurture inclusivity for diverse students and their families, including those who are LGBTQ and those with a gender identity that is not exclusively masculine or feminine, as well as to combat bias-based bullying.

“It’s reassuring to watch students’ faces light up when they are asked about being allies,” Johanna Eager, the program’s director, who bestowed the Seal of Excellence on the school on June 9, said in a Human Rights Campaign blog post. “And they all smile sharing how good it feels to be an ally to another student.”

The song-filled ceremony attended by students, staff, and families featured a video capturing Schenk’s success in enacting the program.

Three years ago, Schenk joined other schools in its district, including Madison’s Nuestro Mundo Community School, which also received the Seal of Excellence, in setting out to demonstrably meet the Welcoming Schools benchmarks for its curriculum and activities.

The nine requirements include policies, regulations, and procedures to protect and promote diversity; creating a leadership team from a cross section of the school; 12 hours of staff development training in Welcoming Schools’ key areas; incorporating the program into lessons and activities; bulletin boards and newsletters; family nights; books and resources; gauging the program’s progress; and engaging the larger community.

Schenk’s venture includes an annual all-school reading of I Am Jazz, the story of a transgender child by celebrity teen Jazz Jennings, the unabashed transgender girl who first self-identified as a toddler. 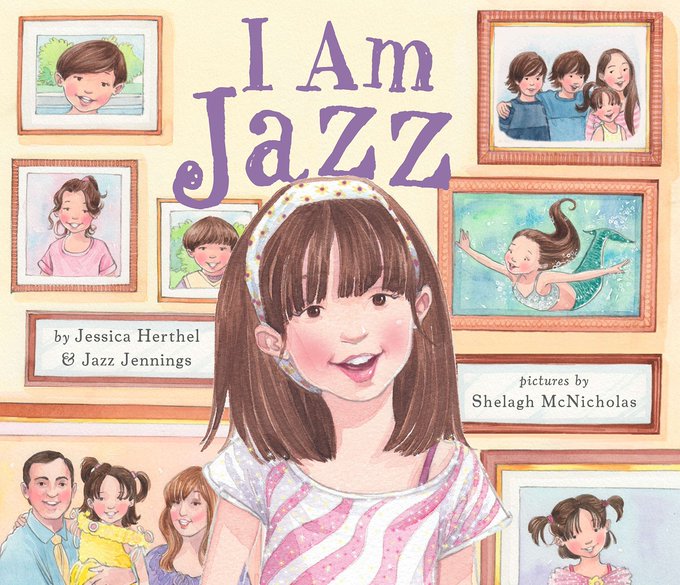 Schenk may have earned its seal through the dry enumeration of the program’s modules, but the real evidence lies in the well-being of the children it serves.

“When I came here, I felt more safe and comfortable,” fourth-grader Samantha Aroonsavath told the Wisconsin State Journal. “I made a lot more friends here and became more social.”

“The goal is that they will go on to be more aware citizens, more caring citizens, who are able to speak up” against injustice, Smith says in the Schenk video.

The teacher looks to the day when her pupils will “see something different from what might be in their life and be able to accept it and embrace it. And celebrate difference.”