Historically black colleges and universities are struggling and hope President Trump will follow through with support.

FOR SCHOOLS THAT MAKE up just 3 percent of all higher education offerings, historically black colleges and universities have an outsized impact on the success of African-Americans and the workforce as a whole.

But HBCUS are currently reeling from rising costs, declining enrollment and a host of other obstacles that are rocking the entire higher education sector.

Those trends have had a concentrated effect on HBCUs, which primarily serve low-income and first-generation students who rely more heavily on student loans and who are also in need of more remedial education.

Case in point: Cheyney University, which this year celebrated its 180th anniversary, is the oldest HBCU in the country, and one that’s on the verge of losing its accreditation.

“Just like our neighborhoods, our schools compete for people,” Rep. Dwight Evans, D-Penn., said in a statement after visiting the school in August. “We have the power to redefine and reshape Cheyney’s legacy. Cheyney did not get into the situation it is in today by itself and it will not get out of this situation by itself.”

But exactly who is ready to lend that hand to schools like Cheyney is not exactly clear, and many HBCU presidents aren’t confident the Trump administration is really listening to their calls for help.

A few dozen HBCU presidents traveled to the nation’s capital last week for the National HBCU Week Conference, an annual event hosted by the White House that this year was significantly scaled back when presidents dropped out after President Donald Trump suggested there were “fine people” among the Ku Klux Klan members, neo-Nazis and white supremacists that rallied in Charlottesville, Virginia.

Members of the Congressional Black Caucus, the HBCU Caucus, the United Negro College Fund, the Thurgood Marshall College Fund and others had called on the White House to postpone the event. At the eleventh hour, administration officials agreed to downsize it instead, marketing it in a press release as a “more intimate HBCU Week.”

The curtailed occasion, which White House officials repeatedly said was at capacity and not faltering, was just the latest thread in a strained relationship between the HBCUs and the Trump administration – one that the HBCU community says has been quick to make big promises but slow to follow through, and one that sends mixed messages at best, and at worst, is outright insulting.

“Our presidents who gathered here today have been subjected to a lot of talk, a lot of promises from the administration, but very little action,” Rep. Alma Adams, D-N.C., and chair of the Congressional HBCU Caucus, said to a group of HBCU presidents gathered in the visitors center of the U.S. Capitol last week. “We cannot continue to make promises we cannot keep. It’s time for substantive action.”

For Adams, who graduated from North Carolina A&T State University in 1968, and then taught art history for 40 years at Bennett College, both of which are HBCUs, the issue is personal.

“I would not be here today if it were not for an HBCU who took a poor black girl from the ghetto of Newark, New Jersey, and molded me and nurtured me,” she said. “I’ve dedicated my legislative career to advocating for you and your students. We want to you know that House Democrats hear you.” 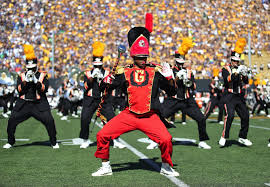 That was positive news for the HBCU presidents, all of whom who are struggling with ways to increase their visibility and stress to the public just how important their institutions are, not only to students of color, but the country as a whole.

“We take students where we find them,” Rep. Adams said. “Students like me, who aren’t prepared, and we mold them and nurture them into the students we know they can become.”

“We have to be thinking bigger, better, more entrepreneurial ways to get that money, both on the public side, the private side and the philanthropic side,” she told them.

Investing in HBCU facilities through an infrastructure package would be one of the most impactful ways to help the schools, she stressed.

“Infrastructure attracts talent, talent attracts capital, capital builds more infrastructure, which builds more capital,” she said. “The big fight we have here is the battle of the budget. But this is a fact: Nothing brings more money to the treasury than investing in education.”

James Hildreth, president and CEO of Meharry Medical College, one of only four historically black medical schools, says a boost through an infrastructure bill is key.

“It’s challenging for schools that do not have large endowments to create the infrastructure that supports that modern science that is done these days,” he says. “It’s capital intensive. You’ve got to buy expensive toys for scientists to play with.”

Hildreth would know. The National Institutes of Health-funded and renowned HIV/AIDS researcher has spent decades studying, teaching and conducting research at places like Harvard University, Johns Hopkins University and Oxford.

Like Pelosi, Hildreth also underscored the importance of connecting investment into HBCU infrastructure to strengthening the economic health of its surrounding community.

“This could really be viewed as a workforce development or economic development strategy, and I think that might be more appealing to the current administration,” he says.

That’s a key point since much of increasing HBCUs visibility depends on the priorities of the White House and congressional Republicans – not Democrats, who hold very little power in Washington.

From the talking points, one would think the administration is one of HBCUs most ardent supporters.

“Investing in HBCUs strengthens America’s future, and my Administration will help ensure that HBCUs continue to be self-sustainable and viable institutions of higher education for generations to come,” Trump said in a statement Sept. 17.

And indeed, one of the first executive orders Trump signed as president physically moved the HBCU initiative from the Department of Education into the White House – a move the HBCU community had long asked for in order to increase its visibility.

But HBCU presidents and their supporters say the administration has been sending mixed messages. It challenged the constitutionality of the HBCU Capital Investment Fund, for example, and took an unprecedented seven months to name an executive director for the White House HBCU Initiative.

“I am not convinced, frankly, that this administration is even aware of the importance of the history of HBCUs,” Rep. Eddie Bernice Johnson, D-Texas, says. “It’s not for a photo op. It is not to make you look like you’re doing something. It’s a real thing and if we cannot get to the bottom of where we are with support, and I have not seen that forthcoming at this point, then I think we have a sham.”

To be sure, it’s not as though the HBCU community has had a cheery relationship with past administrations.

“I’ve been on the president’s HBCU board of advisors for three straight presidents,” Ronald Mason, Jr., president of the University of the District of Columbia, says. “And we’ve always had one goal: to get 5 percent of the research dollars coming out of the federal agencies going to HBCUs. In all three of my terms we haven’t been able to meet that goal.”

Notably, HBCU administrators and supporters had a somewhat tortured relationship with former President Barack Obama’s administration, which focused heavily on increasing the education outcomes for students of color in the K-12 space with programs like My Brother’s Keeper, but did less to support them through higher education.

In fact, many HBCU supporters argued that changes made to the Pell Grant program and federal student loan system under Obama directly hurt them and their students. Students who attend historically black colleges come from predominately low-income families and borrow student loans at higher rates than their peers at non-HBCUs. Consequently, they graduate with substantially higher debt.

According to one estimate by the United Negro College Fund, about 28,000 students enrolled at an HBCU during the 2012-2013 school year dropped out because their parents could not access the federal Parent PLUS Loan after the administration tightened lending standards for it. The move cost HBCUs $150 million in revenue – a significant blow to the schools during a time of declining enrollment and weak endowment returns.

So where does the HBCU community go from here?

“I think the hope for us as HBCU presidents was most certainly to forge a strong working relationship that would yield results for historically black colleges and universities,” Kent Smith, Jr., president at Langston University, an HBCU with three campuses in Oklahoma, says, recounting the original hope for the Trump administration. “There was a lot of good conversation and I think the hope is still that we’ll see some fruit from the words that were used and the promises that we believe were made in regard to additional investments in historically black colleges and universities.”

Smith and others say they’ll be looking to the forthcoming budget for some of those promises, along with any increased investments via legislative vehicles.

“We’ve yet to see that, but that doesn’t mean you don’t stop working,” Smith says. “You have to keep working with the administration and his team, and certainly we’re willing to keep doing that. But at some point it has to bear fruit and there has to be something that comes HBCUs’ way that helps us continue educating young children and quite frankly enhancing the national economy.”