Supporters of Crotona Academy protested against the city’s plans to close it at a Panel for Educational Policy meeting.

Chancellor Richard Carranza’s introduction to New York City continued Wednesday with an eight hour meeting in which teachers and students desperately pled for their school not to be closed, only to have the city school board vote to shutter it.

Even after hearing a musical performance from students hoping to keep Crotona Academy open, the Panel for Educational Policy voted around 1 a.m. Thursday to shutter the Bronx high school that serves students who have struggled at traditional high schools.

Two PEP members just tried to speed up votes to postpone a merger and a closure proposal — all involving transfer schools — but both fail. This means the votes will happen after public comment.

Never seen this before: Students at Crotona Academy (which the city is trying to close) performed a song for the PEP to convince them to save their school pic.twitter.com/diSqxBaahK 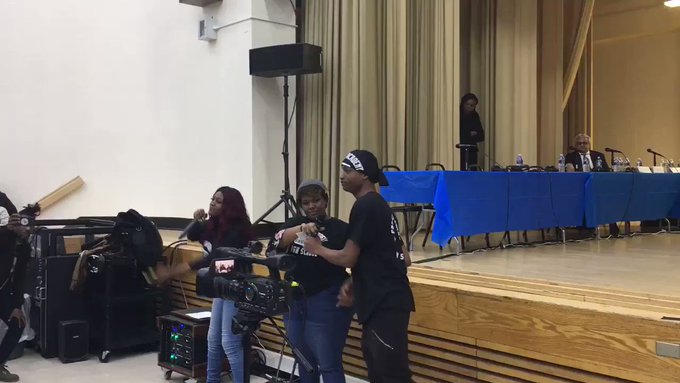 Some of the school’s supporters appealed directly to Carranza, arguing that he should reconsider proposals created under his predecessor, Carmen Fariña.

“You see how many people are here right now — people want this school open,” said Dallas Joseph, a 17-year-old student at the school. He noted that the school offers lots of individualized attention and set him up with a job at an after-school program. “They gave us a different type of opportunity.”

It’s an argument that supporters of the city’s “transfer” high schools, which serve students who have fallen behind in credits at traditional schools and are likely to be at risk of dropping out, have long made when the city has called attention to their low performance. Advocates for the schools have long pointed out that looking at graduation rates and test scores is not the best way to assess their value, and in the past, city officials have withdrawn closure proposals for transfer schools that they said were doing better than performance data suggested.

Indeed, Crotona’s supporters said traditional statistics mask the school’s successes. Former students said the school helped them get to graduation despite falling behind at other high schools. And staffers pointed out the school serves an unusually vulnerable population.

“Our population is among the most at-risk in the city,” said Nicholas Rivera, a staff member at the school.

Their argument did not fly overnight. City officials said Crotona is too low-performing to stay open and that other transfer schools in the Bronx have enough space to absorb its students. The school’s 45 percent graduation rate puts it among the bottom third of all transfer schools, according to education department documents, and just 1 percent of the students who graduated last school year were considered “college-ready.”

“We take the decision to close a school extremely seriously, and we only propose closure when it’s in the best interest of students and families,” education department spokesman Michael Aciman wrote in an email. “The students at Crotona Academy can be better served by one of the stronger transfer schools in the Bronx.”

Carranza did not comment as the panel debated the proposal or another contentious one to merge two other Bronx transfer schools: Bedford Stuyvesant Preparatory High School and Brooklyn Academy High School. Nor did he comment on the decisions after they were made around 1 a.m. 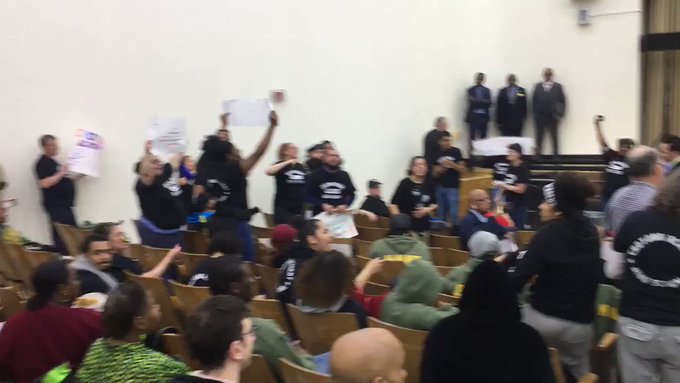 Richard Carranza’s first PEP meeting is shaping up to be a raucous one. One closure on the table.

The panel also voted to merge six other schools — a process that some school communities often experience as de facto closures.