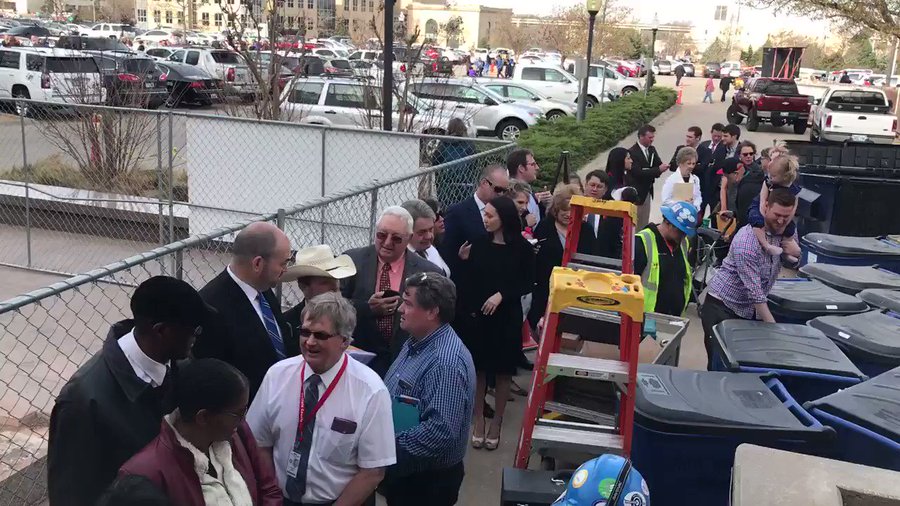 By Isabella Gomez and Lindsay Benson,

Oklahoma teachers have been rallying at the state Capitol for eight days, but on Wednesday, many showed up for a new reason — to register to run for office.

The window to file candidacy opened at 8 a.m. as dozens of people lined up to turn in their paperwork.
Laura Griesel, who was at the Capitol for most of last week, feels that many legislators are not hearing her concerns. The best way to change that, she believes, is to become a representative herself.
“If nothing else I would listen to the people that live in my district, and what they want to do,” she told CNN. “And be open to what it is that they want to see happen in Oklahoma, and not necessarily what my own personal standpoint is on things.”
Griesel teaches seventh and eighth grade science at El Reno Public Schools. She feels frustrated that there are not enough textbooks for students to take home and study with. She also has to apply for grants and donations in order to get basic lab equipment for her classroom.
“And it seems insane to me that we have to go to those lengths to get basic supplies. Things that every student across the world should have — textbooks,” the 32-year-old added.
With a 3-year-old child and another on the way, Griesel also worries about making ends meet on her and her husband’s teacher salaries. They desperately believe a change is needed. 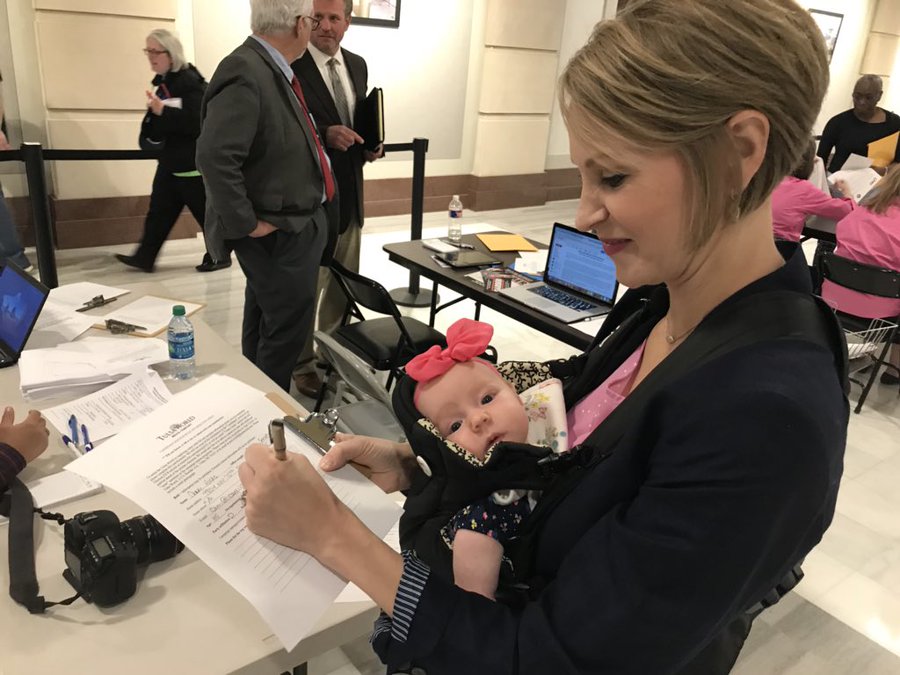 8-week-old Camilla Hicks watches as her mom, Carri, fills out paperwork after filing for state Senate District 40. Carri is a teacher in Deer Creek. #oklaed #OklahomaTeacherWalkout

So her sister-in-law, a legislative assistant at the Capitol, encouraged her to join the race when a state representative seat opened in District 41. Griesel created a GoFundMe to cover filing costs, and in seven days, 24 donors gave her more than the $500 needed to file as a representative.

They want more than education funding

Renee Jerden, a choir teacher in Norman, Oklahoma, experienced similar support.
“I used Crowdpac.com and I raised the $750 filing fee in three days. And I said, if that’s not a message that I need to be doing this, I don’t know what is,” she explained.
Jerden is running for the Oklahoma State Senate in District 24. She’s been considering a role in politics for two years but was propelled to make her bid official by the ongoing walkouts.
Although she sees how a lack of resources lowers the quality of learning her students receive, she also wants wants to address other issues that affect how kids are growing up in Oklahoma.
“We blame it on the teachers, and we blame it on this and we blame it on that, but ultimately the reason that it looks like education is failing right now is because of income inequality,” Jerden said, adding that her own family struggles to afford doctor visits.
“We’re basically one emergency away from total disaster and possibly homelessness. It’s sad. And when you’ve got health problems, that’s the way you exist all the time. So education, poverty, healthcare — (those are) my big three.”

They want to give their students a lesson in democracy

Wednesday morning, teacher Cyndi Ralston was among the first 10 people to arrive at the Capitol to register. Ralston, who has been teaching for more than 30 years, announced her bidlast week in response to Representative Kevin McDugle’s angry criticism of teacher walkouts.
“That’s when I decided, ‘Oh, we’re coming. I’m doing this,'” Ralston told CNN affiliate KOKH while she waited for registration to begin. She’s running for McDugle’s seat in District 12.
“I feel like we’re showing the students what a free democracy is all about.”
Before the deadline ends on Friday at 5 p.m., dozens more plan to sign up.
JOIN THE MOVEMENT #iBELIEVE