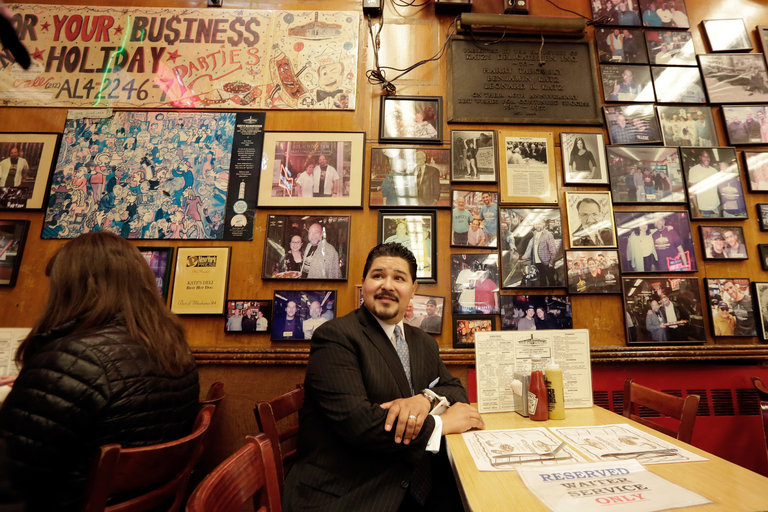 The new chancellor, Richard A. Carranza, has called sitting out the state math and reading tests an “extreme reaction.” CreditRichard Drew/Associated Press

New York City’s school chancellor Richard A. Carranza will be the first to tell you that he has a lot to learn. Since taking over at the education department last week, he has answered most questions about current challenges or longstanding policies by saying that he is still learning, still studying, still listening.

He has, however, taken a stand on one controversial topic: He does not believe children should skip the New York State tests administered each year to third through eighth graders. In an interview with NY1 last week, Mr. Carranza called the decision to refuse to take the tests an “extreme reaction,” and seemed to echo many of the sentiments of the test’s supporters. “You don’t know, unless you’re able to assess, where students are in the mastery of information,” he said.

That is the same position taken by his predecessor, Carmen Fariña. This year’s testing period begins in New York City on Wednesday.

The so-called “opt-out” movement caught fire three years ago when more than 200,000 students across the state — 20 percent of test takers — refused to take the exam. That surge in opposition was guided by activism from parents and support from the state’s teachers union, and it coincided with Gov. Andrew M. Cuomo’s push to tie teacher evaluations more closely to student scores. The opt-out momentum has stalled considerably, but the number of test refusers remains substantial. Last year 19 percent of test takers opted out, and the numbers in certain suburban areas, like in parts of Long Island, remain high.

In New York City, the percentage of children declining to take the tests has always been much lower. Last year, 3 percent of city students sat out the math exam. But in certain schools there have been vocal groups of parents opposing the tests, and the numbers have been much higher. At P.S. 321 in Park Slope, Brooklyn, roughly 35 percent of students opted out last year.

State education officials have made a number of changes to the tests in recent years in an effort to make them more palatable. They no longer have time limits. They are not tied to teacher evaluations. And this year, what was a three-day test for English and a three-day test for math has been shortened to two days each.

Despite the state’s adjustments, parents who are active in the opt-out movement remain opposed. Megan Devir, who has three children in Brooklyn public schools, said that the tests are developmentally inappropriate, and that they lead to extensive test prep, especially in schools with a high concentration of poor students. She also said that the tests should not be used as a factor in decisions about whether schools are closed.

“The disparate impact on schools serving more vulnerable populations is what I find absolutely most objectionable about the test,” Ms. Devir said.

Supporters of the assessments view their effects on vulnerable students differently. They say these objective measures are crucial to seeing that poor and minority students are not being left to fall behind.

Stephen Sigmund, the chief executive of High Achievement New York, a group that organizes in support of the tests, said he found Mr. Carranza’s statement heartening.

“Any time there is a change at the top, there’s some concern about what kinds of policy changes that will mean,” Mr. Sigmund said. “It continues to be important that the chancellor of New York City is supportive, particularly given the makeup of the student population.”

The changes made to the state’s tests have made it difficult to comparestudent performance on the assessments over time — a fact that has not stopped the de Blasio administration from publicly celebrating rising scores.

But on Tuesday, the results of the National Assessment of Educational Progress on reading and math, a set of tests given every other year across the country, often called the Nation’s Report Card, were released. The results for New York City were discouraging. The scores, for fourth and eighth graders, showed that the city made no significant gains from 2015 to 2017 in either reading or math. During that time period, scores in most states, including New York, were essentially flat. But since 2013, the year Mayor Bill de Blasio was elected, math scores among New York City fourth graders dropped by 7 points.

Reacting to the results, Mr. Carranza said in a statement, “Today’s N.A.E.P. results show that we are not where we need to be on math education.” He said the city would immediately increase teacher training in elementary math and would review schools that are doing well, to apply successful strategies across the city. “Math is a foundation of every student’s education and we will not accept anything less than equity and excellence for every student in New York City,” he said.