A QUICK LOOK AT STANDARDIZED TESTING AND STEREOTYPE THREAT 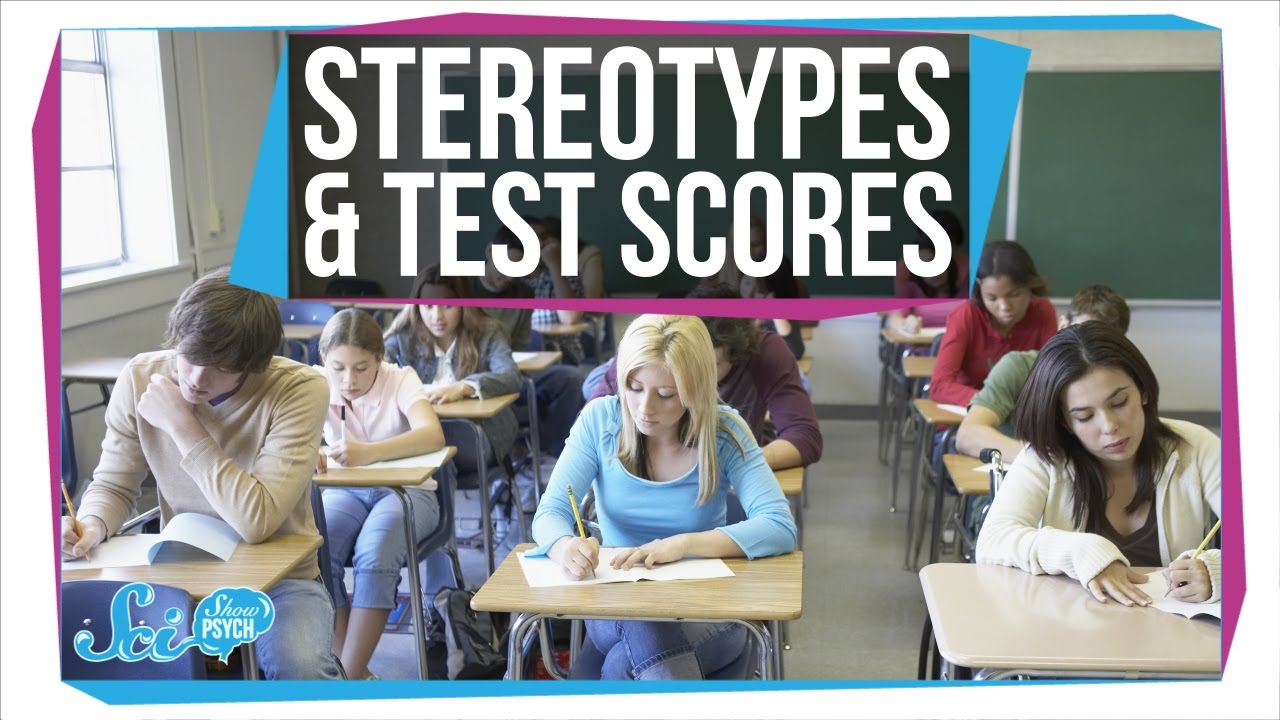 “Stereotype threat” is a very complex and nuanced concept. In simple terms, it is an unconscious response to a prevailing negative stereotype about an identifiable group by a member of that group.

For example: the statistical fact that Afri can American students generally score lower than White students on standardized college entrance examinations like the SAT, ACT and LSAT gives rise to overly-generalized negative stereotypes about the collective cognitive ability of all African Americans when compared to all Whites.

An African American student who is aware of this stereotype understands—consciously or unconsciously—that it can have negative consequences on judgments made not only about the student but on judgments made about all African Americans and that these
judgments can limit opportunity. So, when confronted with a standardized college entrance examination (typically and incorrectly perceived as a test of cognitive ability, i.e., “intelligence”), the student believes that poor performance on the exam will reinforce the negative stereotype and create negative consequences for all African Americans.

In a classic stereotype threat scenario, this fear creates such a high level of stress and anxiety that a student’s cognitive function may be impaired while taking the test and the student may perform below his or her actual ability. Stereotype threat should not be confused with non-racialized and more generalized “test anxiety” experienced by many test takers.

The SAT, ACT and similar examinations do not measure intelligence. Most of us know someone who we consider to be highly intelligent who does not perform well on these kinds of standardized tests. When the SAT was developed around 1926, it was called the Scholastic Aptitude Test. At that time, “aptitude” was a code word for intelligence. “When these tests were originally developed, people really believed that if they did the job right they would be able to measure this sort of underlying, biological potential.

Often it was called aptitude; sometimes they called it genes, sometimes intelligence.”1
Today, the College Board insists that the SAT does not measure innate ability. What it
does measure, they say, is “developed reasoning,” described as the skills that students develop not only in school but also outside of school.2 The College Board says that the SAT measures literacy and writing skills that are needed for academic success in college.

They state that the SAT assesses how well the test takers analyze and solve problems—skills they learned in school that they will need in college.3 Researchers Nathan R. Kuncel and Sarah A. Hezlett suggest that “…test scores reflect developed abilities and are a function of innate talent, learned knowledge and skills, and environmental factors that influence knowledge and skill acquisition, such as prior educational opportunities.”

A close look at the distribution of average SAT scores by race and family income suggests that what the SAT does a very good job of measuring is “access to opportunity.” The correlation between SAT scores and reported family income is very high. In 2009, the highest average score on the SAT was posted by students who reported their family income as greater than $200,000 annually.

6 Despite historic and impassioned prognostications about the public mission of the academy to energize fundamental democratic values including racial and ethnic diversity, it appears that most highly selective colleges and universities use the SAT (or
the ACT) as a key component of their admissions strategy.
Prominent researchers in the stereotype threat arena include Professor Claude Steele at Columbia University , Professor Joshua Aronson at New York University, Professor Jeff Stone at the University of Arizona and Professor Christian Lynch at Princeton University. Steele and Aronson conducted ground-breaking research to determine if stereotype threat experienced by African American students could actually depress their performance on difficult standardized tests to a statistically reliable degree.

Findings from one experiment show that when a difficult verbal test was presented
as a test of ability, black students performed at a significantly lower level than white students, even though the two groups had been statistically matched on ability level.7

In another experiment, white male students were told—before taking a difficult math test—that Asian students generally did better on the test than white students. While white male students do not typically have a sense of group inferiority about math ability, researchers suspected that this “prime” would trigger a form of stereotype threat: “any faltering on the test could cause them to be seen negatively from the standpoint of positive stereotypes about Asians and math ability.”

9 Findings indicate that this is indeed what happened. Ironically, many researchers, academics, policy makers and educational practitioners believe that  heavy reliance on standardized tests in the college admissions process—tests that trigger stereotype
threat—is misplaced.

For example, in reviewing a comprehensive study of 1970-96 Michigan Law School alumni by Lempert, Chambers, and Adams, Harvard University Professor Lani Guinier
concludes that: “The study confirms the benefits of affirmative action to all Michigan graduates. It tells us that affirmative action critics’ much-touted reliance on objective measures of merit have little to recommend them over the life span of a lawyer.

After all, it is the life’s work of the graduates that is the big test. Thus, rather than ban affirmative action, the law school might do well to expand its practice and to revamp the admissions criteria for all incoming law students. The Michigan study, to the degree that it can be generalized to other peer institutions, supports the position that law school admission criteria should be revamped. The authors found no relationship between LSAT/UGPA index scores and subsequent success in the legal profession, as
measured by income or career satisfaction.

Moreover, the minority graduates of Michigan, who had appreciably lower average LSAT scores, nonetheless went on to serve as leaders in public service at higher rates than their White classmates. The hidden societal costs of selection criteria heavily dependent on the LSAT extend beyond the Michigan study.

Research shows a negative correlation between social activism and performance on the LSAT for the national pool of test takers.” 10 The tremendous emphasis placed (or misplaced) on standardized test performance in the college admissions process today—especially at highly selective colleges and universities—warrants a vigorous continuing investigation of stereotype threat so that we can mitigate its consequences.

If we accept the proposition, as research suggests we must, that stereotype threat is a real phenomenon that can substantially depress the test performance of African American students and other students of color, then we must also recognize the probability that this phenomenon is at least partially responsible for our inability to achieve a desirable level of racial diversity in the nation’s best law schools.

All American Bar Association (ABA)-approved law schools require applicants to take the
LSAT as part of the admission process.11 In light of recent legal mandates to dismantle affirmative action programs, it is likely that we will see a renewed emphasis on the use of standardized test scores as indicators of future success in the college admissions process.

1
“What does the SAT really measure?” http://www.pbs.org/wgbh/pages/frontline/shows/sats/test/what.html
2 Ibid.