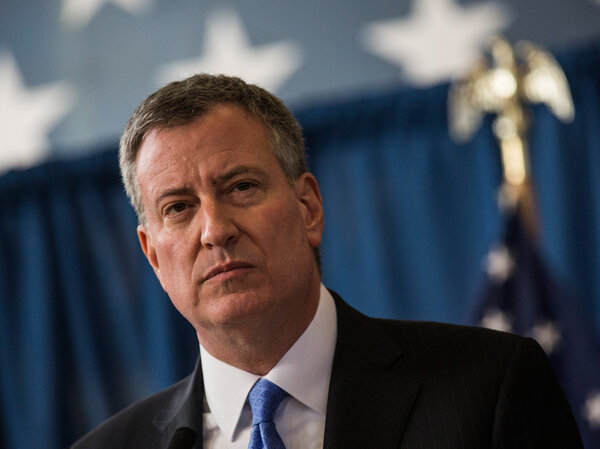 On Dec. 7, buildings will reopen for elementary school students and on Dec. 10, District 75, which serves students with disabilities, will reopen.

Students can only return if they have already signed up for in-person learning. About 190,000 elementary students and their parents must sign a consent form. In total, about 335,000 students out of the 1.1 million in the city have chosen in-person classes. While de Blasio has not announced a timeline for reopening middle or high schools, any school with enough space will eventually move toward in-person classes five days a week, instead of hybrid online and in-person classes.

Previously, the city had a rule that schools had to close if the city reached a 3% testing positivity rate, which caused New York City public schools to close for in-person learning on Nov. 19. The mayor said the city will no longer use that rule.

“Getting our kids back in school buildings is one of the single most important things we can do for their wellbeing, and it’s so important that we do it right,” Schools Chancellor Richard Carranza said in a statement. “The unparalleled value of in-person learning for students has been evident in the first few months of school, and we will do everything we can to keep our schools safe and keep them open for the duration of this pandemic.”Article continues after sponsor message

De Blasio said in a press conference that he is focusing on lower grades “because we know studies consistently show younger kids are having less of a negative experience and there is less concern about the spread when it comes to younger kids.” He added that it is important to have young kids in schools “both educationally and socially.”

Every student and staff member must consent to weekly random COVID-19 testing for 20% of those who attend classes in-person.

“Upon reopening, weekly COVID-19 testing will be in effect and testing consent forms will be required for our students to return,” de Blasio tweeted. “Finally, as we reopen, wherever possible we will move to 5 day a week in-person learning. We want our kids in the classroom for as much time as possible. Our families do, too. We’ll work to make it happen.”

New York City’s teachers union said it supported the plan on the condition of stringent testing. “At our insistence, much stricter testing measures will be in place in all schools,” the United Federation of Teachers said on Twitter.

Gov. Andrew Cuomo, who frequently and publicly disagrees with de Blasio, told reporters Sunday that the mayor’s school reopening plan is “the right direction.” Cuomo has ultimate say over schools under the current state of emergency.

“We do have new facts and new information on schools and just about every professional says the schools, especially [grades] K through eight, should be kept open whenever it’s possible to keep them open,” the governor said.

On Sunday, 130 patients were admitted to hospitals and there were 1,636 new cases of the virus in the city, the mayor said. The weekly average infection rate is 3.9%.