By Suevon Lee / About 10 hours ago Reading time: 3 minutes.

Hawaii’s public schools lost 1,023 more students in the first quarter of the school year as coronavirus concerns kept many parents from sending their children back to class, according to the state Department of Education.

The latest figures from the DOE for the first quarter, which ended on Oct. 2, show a more than seven fold drop in enrollment from the same period last year, continuing a sharp decline that has seen overall enrollment drop to 161,468, excluding charter schools.

Many schools have continued to offer virtual learning programs, but others have insisted that students return to classrooms after the department left the decision up to principals and complex area leaders. 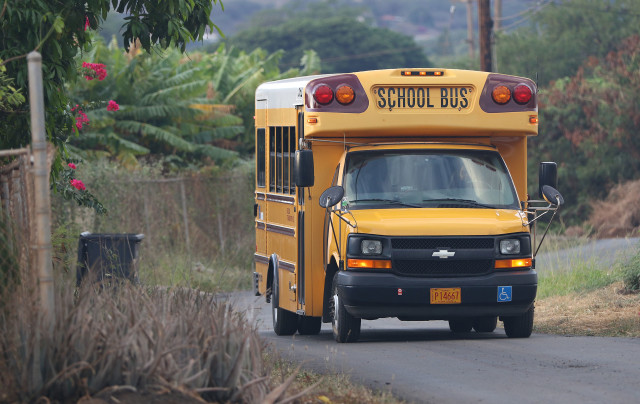 With a nearly 3% decline in students at the start of the year from the previous year, the DOE saw an additional 1,023 kids leave in the first quarter.

While it’s not unusual for schools to lose students during the school year, whether due to a move or other reasons, this year’s data show the numbers have plummeted compared with past years in what appears to signal that more parents are withdrawing their kids from public schools due to the difficulty of distance learning during the pandemic.

The first official count at the start of the year showed a nearly 3% overall decline in enrollment with a loss of 4,627 students.

“This may be a result of parent hesitations to enroll their young children in school during the pandemic crisis,” a recent DOE memo to the state Board of Education said.

It added that the steep drop in sixth grade enrollment could be due to home-school decisions and hesitation by parents to transition their child to a new middle school during the pandemic.

With the end of the second semester near — the last day of school before the winter recess is Dec. 18 — most Hawaii schools are still in distance learning mode, though that’s gradually shifting per complex area as schools gradually bring back kids in phases for in-person instruction.

The DOE memo also notes that it anticipates a larger number of Title I-eligible schools next year, measured by the percent of kids who qualify for free or reduced lunch, due to the economic toll of the pandemic on families. Officials say the number of Title I schools could jump from 181 to 193, which would be nearly two-thirds of all public schools.

“While our enrollment has decreased, a larger number of our families are living in poverty, and the needs of our students in our total population is growing as we are seeing in the number of schools that qualify for Title I,” the memo states.