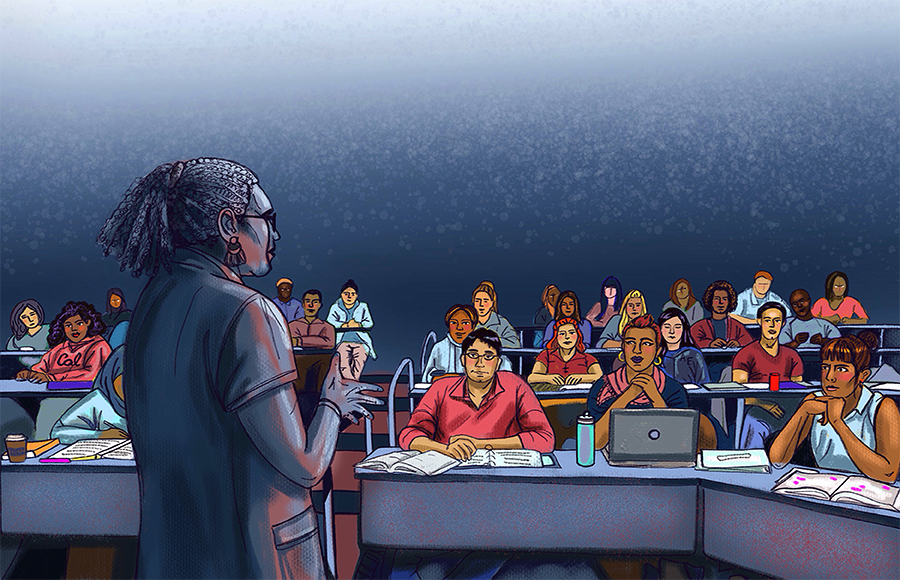 BY TY ALPER AND JUDY APPEL

We Californians can be pretty smug about holding true to our progressive values in the face of attacks from the president. We tout, among other things, our sanctuary cities, our commitment to environmental regulation and the taxation and regulation of legal cannabis – and candidates for statewide office are falling over themselves to declare the resistance they will lead to Trump’s vision for America.

But there is one area in which we are well out of step with the rest of the nation — and not in a good way. By almost every measure, California ranks in the bottom fifth of states in spending for K-12 public education. We are 45th in percentage of taxable income spent on education, 41st in per-pupil funding, 45th in pupil-teacher ratios and 48th in pupil-staff ratios.

Public education funding in California is an embarrassment, and it is out of line with our professed commitment to progressive and democratic values.

Our public schools should be a way up. They should provide universal opportunity and a path to successful, fulfilling lives for every California child — regardless of ZIP code. In an era of staggering income inequality, at a time when so much is dependent on family wealth, access to high-quality public education has never been so important. We will never attain racial and social justice without free, excellent public schools for every child. Yet deep red states such as Alabama, Arkansas, Wyoming, South Carolina and Kentucky all spend considerably more than we do on public education (when adjusted for the cost of living).

Don’t be fooled by what looks like funding increases to California public school districts in recent years. It is true that, in the 2012-13 fiscal year, we ranked dead last in K-12 spending and that recent increases have moved us up to the 40s out of 50 states when adjusted for the high cost of living in our state. But even this modest progress has not helped the intended beneficiaries of these dollars: our students.

In fact, the gains in state funding have mostly been illusory. As the state gives local districts increased funds, it has also increased the districts’ mandated costs, including contributions to employee pension funds, in almost an equal amount. Paying for pension costs in this way allows the state to help meet its pension obligations and get its per-pupil K-12 spending numbers up — but it does nothing to actually increase access to the programs and services that we know will benefit our students.

As local school board members, we feel this dynamic acutely. It is heartbreaking to know what we need to do to close our opportunity and achievement gaps and yet simply not have enough money to do it. In Berkeley, we have been getting more dollars from the state, but virtually all of them have to go right back to our mandated costs, which are projected to continue rising. (Statewide, the numbers look like this: Last June, the state increased funding to local districts by about $1.3 billion and then passed mandated payments on to districts to the tune of $1 billion.) Like districts across the state, Berkeley’s school district had to make substantial, painful cuts this year even though, on paper, the state gave us more money.

We need our state leaders to prioritize public education not only in their campaign speeches, but also in the document that matters the very most: the state budget. Our school board passed a resolution last week lamenting the fact that “despite its vast wealth, California has consistently underfunded public education while widening its scope, adding new requirements and raising standards without providing appropriate resources in prepare all students for college, career, and civil life.”

The superintendents of districts in Alameda County have also tried to sound the alarm, in a letter to the next governor of California: “The impacts of these mandated costs are disastrous to school districts. … Districts are already significantly shortchanged for services required to educate students with disabilities. Schools will close. Programs will be cut. Our valued teachers will not be able to keep up with the cost of living in our expensive state and they will leave.”

The bottom line is that K-12 funding in California has not substantially increased, on an inflation-adjusted basis, for more than a decade, and that has to change. The Berkeley school board has joined other school boards in urging state leaders to fund our public schools at the national average by 2020 and to bring us into the top 10 nationally by 2025. Doing so will cost billions of dollars statewide (and may require Proposition 13 reform), but it will bring us back to where we were in the 1970s, when our state’s public education system was the gold standard for the nation.

Anything less threatens to further burden our children, the next generation of leaders, with an inadequate public school system that belies the progressive image we like to project to the world. After all, there is nothing progressive about starving public education.