The nationwide fight for more school funding has now swept North Carolina, where teachers are planning to skip school and confront lawmakers next week.

On May 16 — when the Legislature comes back in session — hundreds of schools will be closed to students while teachers join the March for Students and Rally for Respect in Raleigh.

Unlike similar protests in West Virginia, Oklahoma and Arizona, teachers are planning to use a personal day and rally for just one day at the state Capitol.

But that doesn’t mean the fight will end on May 16. 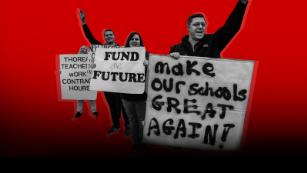 “It’s the beginning of a six-month stretch of time to hold our elected leaders accountable for prioritizing corporate tax cuts instead of our classrooms,” the North Carolina Association of Educators said.

“The ultimate goal is to elect more pro-public education leaders in North Carolina and to have long-term, sustainable victories.”

Wake County Public School System — the largest in the state — is among those canceling classes. School board chairwoman Monika Johnson-Hostler said she knows the decision may cause some hardship, but that the move is necessary.”

“We are extremely aware that disrupting family routines puts a burden on parents. At the same time, the voices of our teachers need to be heard,” she said in a letter to parents.

“Year after year our teachers are asked to do more with less. I ask that you support them in their decision to highlight the needs of their profession and your children.”

How bad is it in North Carolina?

It depends on whom you ask.

According to the National Education Association, North Carolina teachers ranked 39th in average teacher pay last year, with an average salary of $49,970. 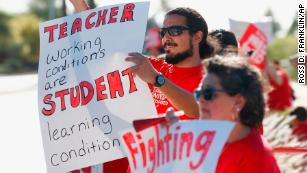 Teacher: We don’t ask surgeons to buy their own scalpels

They’ve had some salary increases in recent years, but when adjusted for inflation, they’ve lost 9.4% in pay since 2009.

The same report says North Carolina also ranks 39th in per-student spending — about $2,313 less per student than the national average of $11,642.

“An analysis by the Institute on Taxation and Economic Policy finds North Carolina would have $3.5 billion more in annual revenue if lawmakers had not changed the tax system that was in place in 2013.”

But House Speaker Tim Moore said the “rhetoric on teacher pay” has been overblown. He cited the same National Education Association data, which shows North Carolina teachers had the nation’s second-highest teacher pay increase between 2016 and 2017. 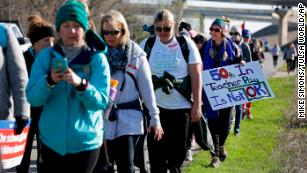 “When we peel back the political rhetoric on teacher pay, the facts indicate North Carolina educators received considerable gains in compensation for the incredible work they do in our schools,” Moore said.

His spokesman acknowledged that per-student spending and teachers’ salaries, when adjusted for inflation, aren’t as high as they were 10 years ago because “the state was unprepared for the national recession.”

But funding for both are on the rise.

“Overall, spending on education has been increasing in a long-term, sustainable way,” spokesman Joseph Kyzer said.

What do teachers want?

The state teachers group said it wants lawmakers to:

— Invest more in spending per student

— Create a multiyear pay plan for teachers, support staff, administrators and all other school personnel.

“This plan must include restoration of compensation for advanced degrees and longevity,” the state teachers group said. “The plan must also stop the flat-lining of experienced educators’ pay.”

— Increase the number of school nurses, counselors, social workers and other support personnel and expand Medicaid to improve community health.

Which school districts are canceling classes?

The number of districts keeps growing, but so far the list includes: 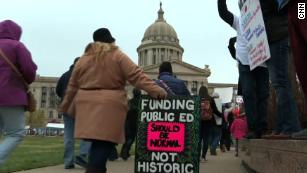 This Oklahoma district wants to send every student to the Capitol

— Wake County Public School System. With 160,429 students, it is the largest school district to cancel classes May 16.

— Chapel Hill-Carrboro City Schools. Due to projected teacher absences that “far exceed the district’s ability to safely and effectively operate schools,” the school board voted to make May 16 an “optional teacher workday.”

— Mooresville Graded School District. With more than 40% of instructional staff requesting leave on May 16, “We do not have enough substitute teachers and other staff to safely supervise and effectively instruct students during the school day,” the district said.