by Kristen A. Graham, Staff Writer

Students from Germantown Friends School hold up a banner that reads “#ENOUGH” during a school walkout held in the City Hall courtyard on Friday, April 20, 2018.

Students in the Philadelphia area are joining counterparts nationwide in staging walkouts and other demonstration to press for tougher gun laws on the 19th anniversary of the Columbine High School shooting that left 12 students and a teacher dead in Littleton, Colo.

In Philadelphia, several hundred students walked out of their schools and rallied outside City Hall. where they staged a “die-in” before dispersing. 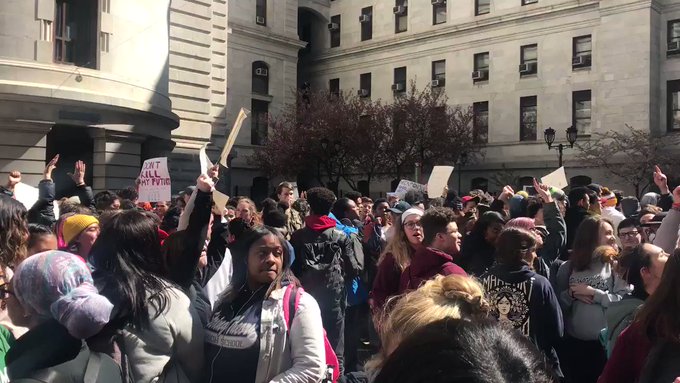 Some kids are here to bear witness, they said. 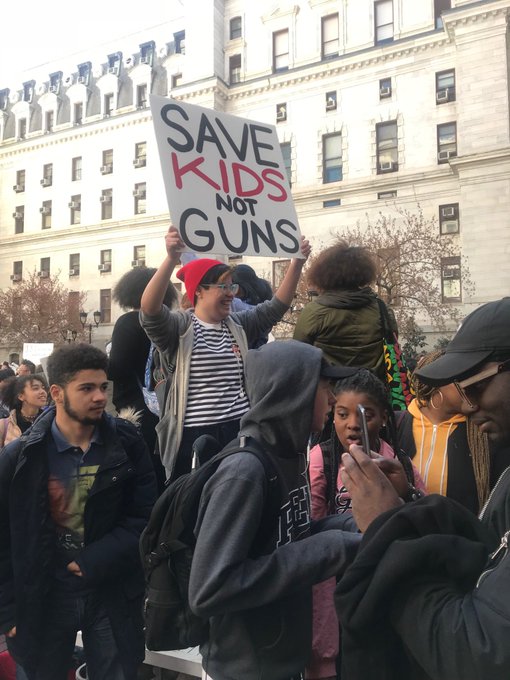 Among those who headed to City Hall were students from Germantown Friends School.

One sign by an organizer of a local effort re: #NationalSchoolWalkout. Hundreds of students at Germantown Friends School just walked out of class to call attention to gun violence + fight for gun control. They’re heading to City Hall for a die-in protest. 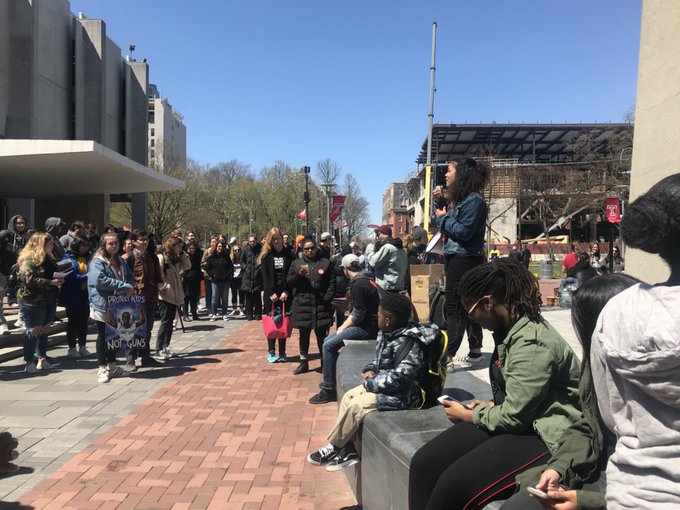 About 100 are rallying against gun violence at Temple University – not just Temple students, but HS kids, community members.

During the solemn gathering, the names of the victims of the Columbine shooting were read out. 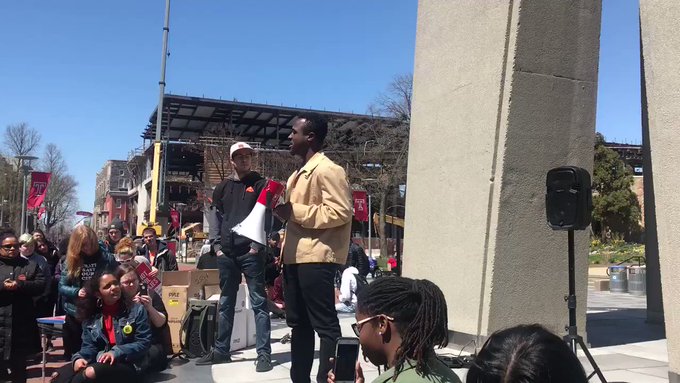 “Raise hell! Bring about change!” shouted Ewan Johnson, 21, a Temple junior from Mt. Holly who did not plan to speak but felt moved to do so.

Earlier, several dozen students at Haverford High School rallied before the start of classes in support of the nationwide protest. A rally leader called on his fellow students to register to vote as soon as they are old enough and to cast ballots for candidates who support “sensible gun control.” 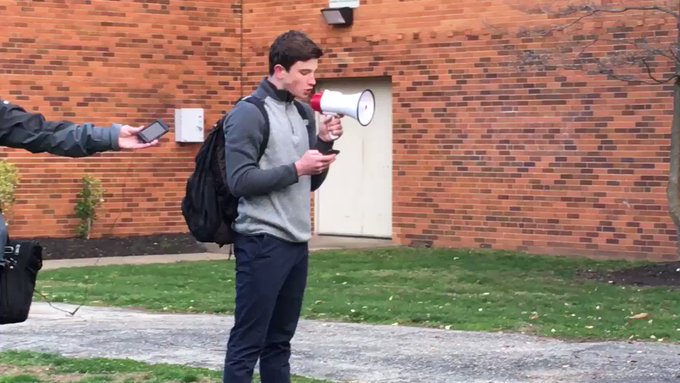 Organizers say there will be walkouts in every state, with more than 2,600 registered on the event’s website as of Thursday.

In Marion County, Florida, district-wide walkout were suddenly canceled after a school shooting Forest High School in Ocala, left one student wounded and another in custody.

Friday’s protests follows a wave of youth activism that has emerged after the Feb. 14 shooting massacre at Marjory Stoneman Douglas High School in Parkland, Fla. 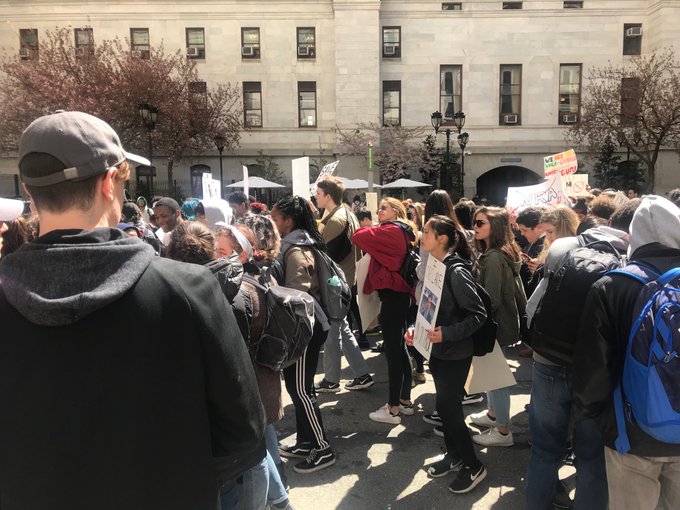 Kids are mostly dispersing now, still holding their signs — and their activism — high.

Tens of thousands of students left class March 14 to protest gun violence in what historians called the largest youth protest movement since at least the Vietnam War. Days later, hundreds of thousands of teens and their backers rallied across the U.S. calling for tougher laws on guns and ammunition.

In what they called an unprecedented series of hearings, three dozen Pennsylvania House members took recently turns speaking over six days about gun safety and how to prevent mass shootings, proposing a number of measures.

This article contains material from the Associated Press