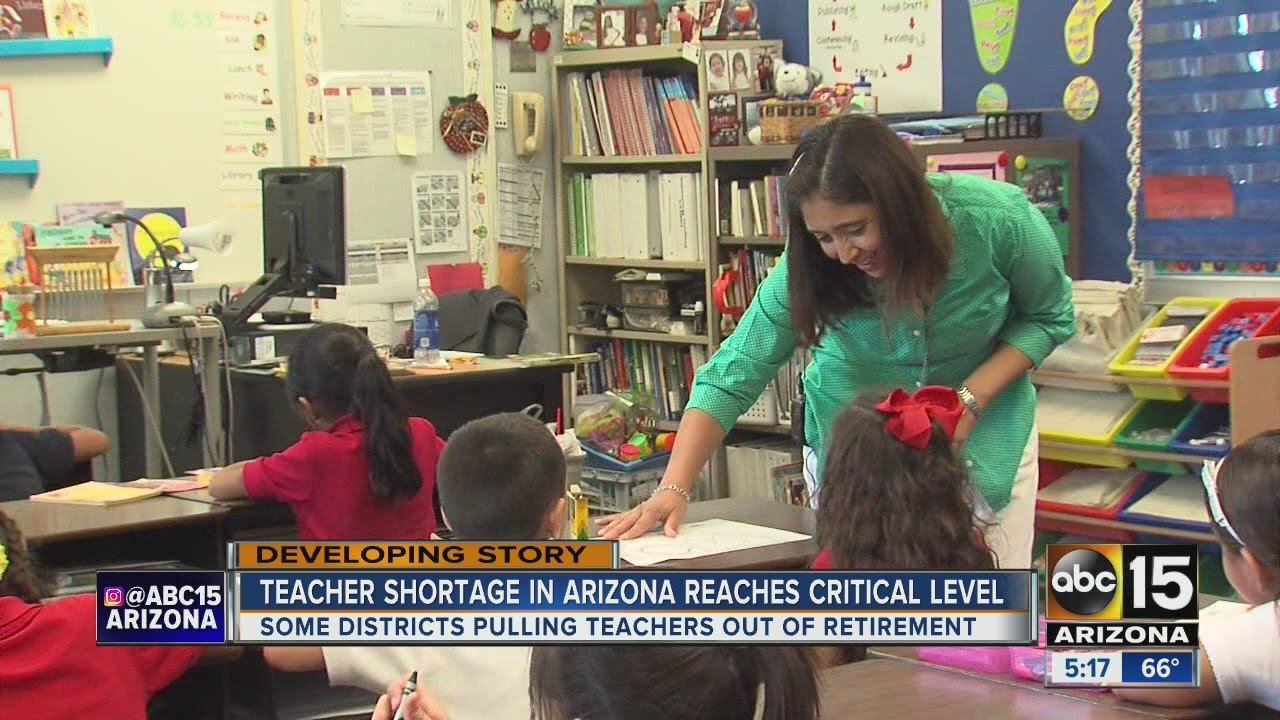 New legislation signed into law in Arizona by Republican Gov. Doug Ducey (R) will allow teachers to be hired with no formal teaching training, as long as they have five years of experience in fields “relevant” to the subject they are teaching. What’s “relevant” isn’t clear.

The Arizona law is part of a disturbing trend nationwide to allow teachers without certification or even any teacher preparation to be hired and put immediately to work in the classroom in large part to help close persistent teacher shortages. It plays into a misconception that anyone can teach if they know a particular subject and that it is not really necessary to first learn about curriculum, classroom management and instruction.

The legislation was championed by Ducey, who has described it as a positive change that will entice “great teachers” into the classroom and help alleviate Arizona’s teacher shortages.

The state has been struggling with severe shortages as thousands of teachers have left the state in recent years for reasons including low pay, insufficient classroom resources, and so many testing requirements and teaching guidelines that they feel they have no flexibility and too little authentic instructional time.

A new analysis by the National Education Association found Arizona near the bottom of a state list of spending per student in 2015-2016, the latest data available. The U.S. average per-student expenditure was $11,787; Vermont had the highest, $23,557, and Arizona was near the bottom, $7,566. Teachers’ salaries in Arizona were in the bottom 20 percent of states.

Arizona had previously allowed non-certified teachers to be hired in fields such as math and science, but this new law opens the door across subject lines.

Teachers unions and the elected state superintendent of public instruction, Diane Douglas, oppose the law, with Douglas issuing a statement saying that “lowering the standards for new teachers is not the way to correct the problem.” A retired teacher named Mike McClellan wrote in the Arizona Republic:

Let’s call it the Warm Body Law. … One that allows folks without any teaching credentials to lead our kids in classrooms across Arizona, as long as those men and women have at least five years of experience in “relevant fields.”

In recent years, a growing number of teachers are being hired in various states with emergency or temporary credentials, according to the nonprofit Learning Policy Institute. The consequences are severe, according to September 2016 report by the institute:

Tens of thousands of teachers were hired in the fall of 2015 on emergency or temporary credentials to meet these needs, and the same pattern has emerged as schools opened in 2016. In addition to hiring individuals who are not prepared to teach, districts and schools facing shortages have a small number of undesirable options: They can increase class sizes, cancel classes, use short-term substitutes, or assign teachers from other fields to fill vacancies. All of these stopgap solutions undermine the quality of education, especially for the students who most need effective schools.

That same report has bad news for Arizona (with footnotes removed):

In Arizona, 62 percent of school districts had unfilled teaching positions three months into the school year in 2013-14. In the same school year, close to 1,000 teachers were on substitute credentials — a 29 percent increase from the previous year. With one of the highest turnover rates of any state and 24 percent of the teacher workforce eligible to retire by the end of 2018, the outlook for Arizona’s future points to continued shortages.