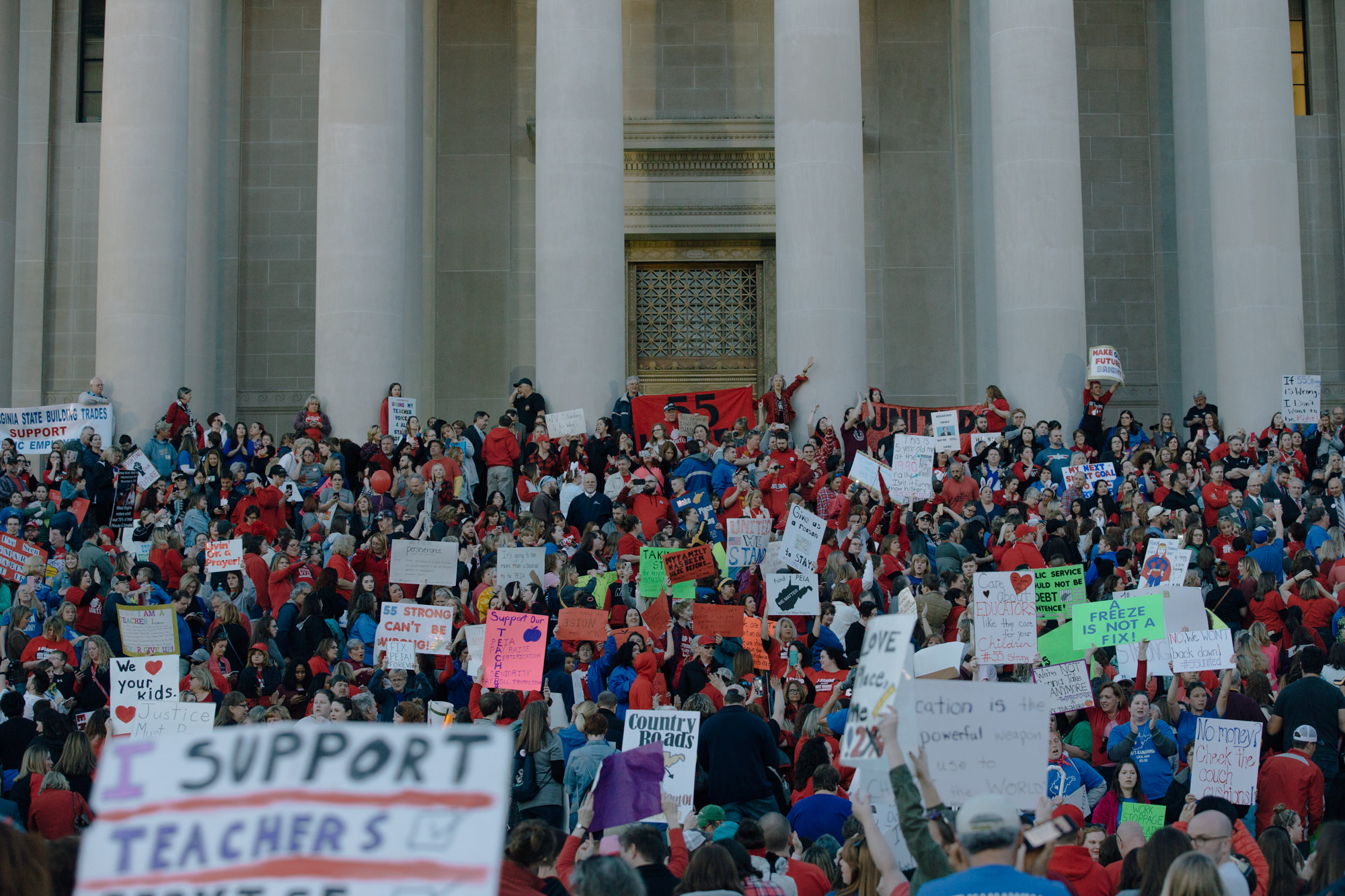 By CAMPBELL ROBERTSON and JESS BIDGOODMARCH 2, 2018

CHARLESTON, W.Va. — A statewide teacher strike in West Virginia entered its seventh day on Friday, with teachers defying efforts by the state’s governor and union leaders to end the walkout with a deal to raise pay.

Earlier this week, James C. Justice, the governor, announced a plan to raise teachers’ salaries by 5 percent, and state union leaders said teachers would return to work on Thursday. But teachers across the state have refused, saying they will not return until the State Legislature completes the deal, and counties across the state have kept schools closed.

Wearing red T-shirts, often emblazoned with the names of their counties, the teachers filled the chambers of the State Senate on Friday morning and filled the hallways and rotunda of the Capitol, chanting, “We’re not leaving.”

“At this point everybody’s still prepared to be out for the long haul,” said Julie Alderman, 35, a first-grade teacher in Logan County, in the state’s southern section, who was waiting for a babysitter to arrive so she could head to Charleston, the capital. “We’re starting to kind of say, ‘Wow, this really may last a while.’”

The walkout began last Thursday after months of simmering tension over myriad issues, including proposed changes to teachers’ health insurance plans that would have raised monthly premiums for many.

Earlier this week, the Republican-controlled House overwhelmingly passed a plan to raise teachers’ pay. But the Senate President, Mitch Carmichael, has expressed deep skepticism about the plan, which was not on the agenda for consideration by the Senate Finance Committee as of Friday morning. Mr. Carmichael has suggested that any extra revenue should go toward shoring up the state’s health insurance program, rather than toward raises for teachers.

Mr. Carmichael has become the target of many teachers’ ire. Some have carried signs likening him to the Grinch.

“It’s a tough day,” Mr. Carmichael said, when reached by phone briefly before a meeting in his office.

Mr. Carmichael was also planning to meet on Friday with school superintendents, some of whom have expressed support for their striking teachers.

Ryan Saxe, the superintendent for Cabell County Schools, said on Twitter on Thursday that he agreed that teachers would return if the Senate passes the 5 percent pay raise and a task force on health costs proposed by Governor Justice is “confirmed.”

The strike has left more than 250,000 children out of school in the state’s 55 counties.

Some students plan to show support for the teachers with a student-led protest in Charleston on Friday afternoon.

“We’re anticipating there will be thousands of not just teachers but also students and community members today to walk around the Capitol,” said Katrina Minney, 44, a high school teacher from Kenna, W.Va., who was planning to go. “We feel that we deserve that pay raise and we deserve to have our insurance secure.”